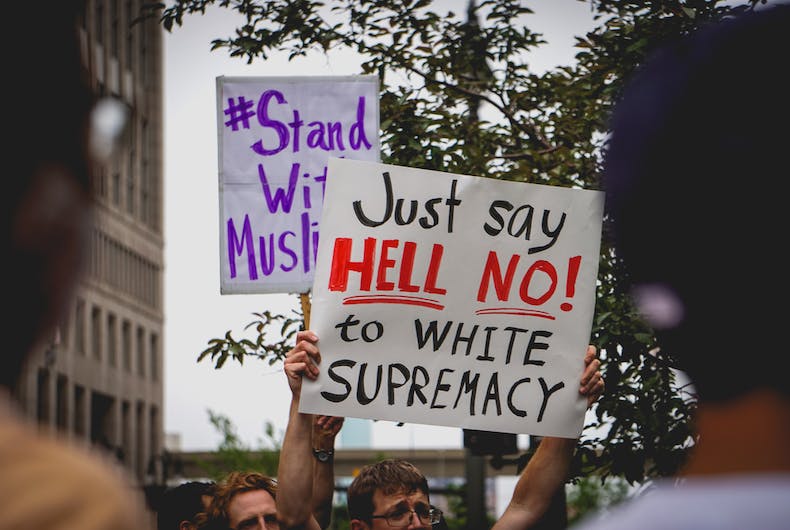 A dark cloud has presided over the U.S. since Trump’s inauguration on January 20, 2017.

The uptick of dystopian novels is one clear indication of the nation’s current mood. Classics like George Orwell’s 1984, Aldous Huxley’s Brave New World, Sinclair Lewis’ It Can’t Happen Here, and Margaret Atwood’s The Handmaid’s Tale are all now horrifyingly prescient. Our devouring of these tomes in search for answers is a frightening new normal.

The Orwellian phrase “alternative facts,” for example, was used by Kellyanne Conway to corroborate former White House Press Secretary Sean Spicer’s fallacious claims about Trump’s crowd size at his inauguration. Her disregard of basic facts signaled to Americans early on that the truth was inconsequential to the Trump administration.

Trump’s reign has also ushered in a steady stream of queries about the afterlife – an individual’s soul or spirit living beyond the life of their physical body. There is a belief that in the afterlife one’s moral choices and actions while alive will result in their soul residing in a place of reward or punishment, known as Heaven or Hell.

Religious and non-religious folks often believe that if there is a Hell, Trump will unquestionably be going there directly. However, thoughts about the afterlife can be a search for answers in a frightening new normal, too.

Trump appears to be both unstoppable and invincible in his erosion of fundamental freedoms and protections to various disenfranchised populations. His nativist spirit of patriotism and isolationist rhetoric to “Make America Great Again” is polarizing.

The fact that his SCOTUS nominee has the power to shape future generations in a negative way is sparking additional questions about the afterlife as social anxiety and hopelessness hang in the balance.

As a minister in the Trump era, I’ve been receiving lots of queries about the afterlife, like:

“I want to ask you, what do you believe will happen in the afterlife?”
“Are we, as the human race, going to be okay?”
“Should I worry about what’s going to happen to me after death?”
“My girlfriend believes in God, but struggles with what to believe in exactly, is she going to be okay?”
“I’m terrified right now, and as one of the very few looking past religious dogma, I need your help, or at least some insight into what I should be doing, praying for, anything.”

Religions create theologies with elaborate and fictive narratives of reward and punishment systems as a form of social control, like the Christian concept of Heaven and Hell. I don’t think that a person is likely to go to Heaven or Hell in an afterlife.

Sadly, Trump gets off the hook of going to Hell.

I do, however, believe that crushing setbacks that include grinding poverty, racial, gender, sexual orientation, and religious profiling is unquestionably a living Hell for many of us in marginalized communities.

The belief in an afterlife, in my opinion, can create complacency and indifference to present social justice issues and crimes against humanity, like the Holocaust, American slavery, lynching, and the immigration crisis presently at the U.S.-Mexico border.

In the case of enslaved Africans, the belief of an afterlife was passed on to my ancestors as an intentionally Christian theological concept. It was a form of social control to maintain the status quo of perpetual servitude. The indoctrination of an overjoyed and jubilant afterlife wasn’t to make people better Christians but, instead, to make them obedient, subservient and God-fearing slaves.

People across the country and around the world have taken to the streets in protest of the Trump regime. Social justice and pro-democracy organizations are now employing intersectional approaches to stem the deleterious and regressive laws of this administration.

This new reality brings to the forefront the ever urgent need to speak up. Just like Rev. Martin Niemoller, a Protestant pastor who was an outspoken public foe of Adolf Hitler, these voices of justice need to be heard.

While many Americans might feel fatigued from the daily dramas emerging from the White House and feel hopeless with thoughts of an afterlife, we can alter the dystopian pall Trump has cast by living in the present moment fighting back optimistically. One way is to vote in November.

Moreover, while there are now a plethora of materials evident of the afterlife, like the New York Times bestseller Proof of Heaven by Harvard-trained neurosurgeon Eben Alexander, MD., I feel the concept – real or imagined – can potentially deprive us of living fully present in this life, missing small miracles, random acts of kindness, and the beauty of a sunrise and sunset in a single day. 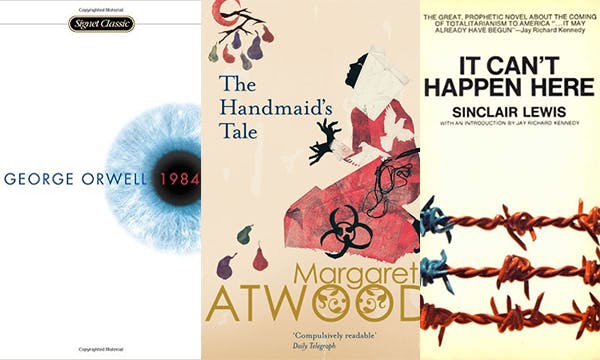 Dystopian novels are selling quickly under a Trump administration. Photo: BOSTON (AP) — Save the light reading for later. In 2017, dystopian fiction is all…