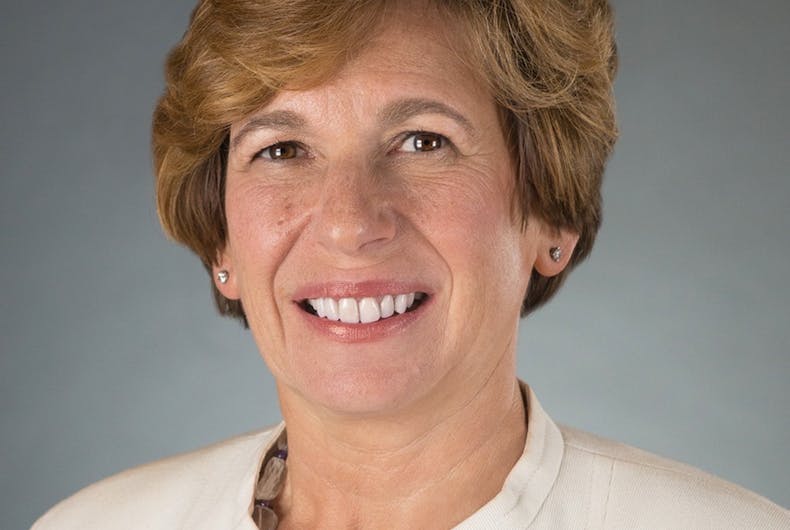 I’m voting for Hillary Clinton enthusiastically because I want a president who will be in my corner, not put me in a corner.

As a lesbian and as a woman, I know what it’s like to be put in a corner. I came of age when being a lesbian meant living in fear and in the shadows. And as a woman, I’ve been told that I’m too ambitious, that I should smile more and be less intense and less assertive—hallmarks of the sexism women regularly face.

One thing I’ve learned in the labor movement is that when you have someone in your corner, you’re so much more likely to win.

Donald Trump is a bully’s bully. He’s spent his whole life backing others into corners to enrich and entertain himself—and that’s the only person he’s looking out for.

He thinks he has a right to do anything he wants to any woman because he’s famous.

He wants to round up 11 million immigrants and tear apart their families.

He wants to expand stop and frisk and racial profiling of people of color.

He wants to ban Muslim immigrants and police Muslim communities.

He wants to break critical international alliances and go it alone on the world stage, backing our country into a corner all by ourselves.

He talks about making America great again, but he doesn’t pay taxes, manufactures his products overseas, buys cheap imports instead of American-made products, and puts working people out of business to boost his own bottom line.

And for my LGBTQ brothers and sisters, Trump doesn’t just want to put us in a corner, he wants to force us back into the closet. He would push to end marriage equality, and his running mate has one of the most anti-LGBTQ records of any modern-day politician.

Hillary Clinton, on the other hand, has spent a lifetime in our corner.

I’ve known Hillary Clinton for 25 years. After 9/11, she was New York’s hero. The first responders, who were members of unions I represented, had dire medical needs, and she fought to get them the health care they deserved. She never gave up, and she secured the care they needed—just as she did for millions of children when she helped create the Children’s Health Insurance Program.

Clinton has spent her career helping people fight their way out of corners. After college, she went to work for the Children’s Defense Fund to help kids escape poverty. As first lady, she fought for foster children, for children with disabilities, and to ensure all children could access healthcare. She went to China and declared that women’s rights are human rights.

She’s in our corner in small ways too, like when she asked to follow up with a young Yemeni girl she had met years before to make sure she was receiving the education all girls deserve.

I’ve been backed into corners many times, and Hillary Clinton has fought alongside me—both personally and on behalf of the thousands and thousands of educators, nurses and public employees I proudly represent. There’s no one I’d rather have standing with us and fighting for us.

Think about the next four years, and ask yourself: Do you want a leader who will put you in a corner, or someone who will stand in your corner? Someone who promotes aspiration, or who stokes anger? Someone who creates hope, or fear?

I don’t know many LGBTQ people who have had it easy—who weren’t bullied or denigrated. We know the difference between the people who push us down and those who lift us up. And we know that we need a president who’s with us, not against us. We need a president who will think about how to make the world better for all of us, no matter who we are or how we identify. That’s why I’m with her.

Randi Weingarten is President of the 1.6 million member American Federation of Teachers.

Cancel reply
Randi Weingarten: Which candidate will stand in your corner, not put you there?