U.S. Republican Rep. Steve King yet again insulted not only the Iowa residents of his congressional district but also the people throughout our country. In his latest nationalist white supremacist rant last week, he supported far-right Dutch politician Geert Wilders by tweeting that civilizations cannot be restored with “someone else’s babies.”

Wilders understands that culture and demographics are our destiny. We can’t restore our civilization with somebody else’s babies. https://t.co/4nxLipafWO

King doubled down in a CNN interview by stating that he meant what he tweeted, and criticized immigrants who “don’t assimilate into America.” Soon afterwards, former Imperial Wizard of the Ku Klux Klan, David Duke, retweeted King’s diatribe adding: “GOD BLESS STEVE KING!”

I found it extremely difficult and frightening to watch the Republican National Presidential Convention on its first night, since I had the definite impression that I was witnessing not simply a political gathering, but more distinctly, a neo-nationalist power rally with angry, primarily white and older party activists.

The following day, I saw a rerun segment of a panel discussion on MSNBC hosted by Chris Hayes, which included Esquire magazine’s Charles Pierce who discussed what he perceived as the “old white people” who run the Republican Party. He argued that the convention is filled with “loud, unhappy, dissatisfied white people.”

Before I could take pride in the accuracy of my own perceptions, Rep. King piped in with a jaw-dropping quip by retorting:

“This whole ‘white people’ business, though, does get a little tired, Charlie. I mean, I’d ask you to go back through history and figure out, where are these contributions that have been made by these other categories of people that you’re talking about? Where did any other sub-group of people contribute to civilization?”

“Than white people?” asked Hayes incredulously. King backtracked a bit and emphasized that “Western civilization itself” and places where Christianity had a foothold were based on the contributions of primarily white people.

While one might automatically dismiss King as simply an extreme right-wing nut, the presidential standard bearer of his party, Donald Trump, has moved King’s rhetoric and policies to the center. Throughout King’s infamous political career in the Iowa State Senate (1996-2002), and U.S. House since 2002, he has consistently defended the authority of white Christian people.

For example, like Donald Trump, he has targeted undocumented immigrants, and rejected the notion that many are high-achieving students. King asserted that they should not receive a pathway to citizenship, saying that for every valedictorian who is legalized, “there’s another 100 out there that weigh 130 pounds and they’ve got calves the size of cantaloupes because they’re hauling 75 pounds of marijuana across the desert.”

While it seemed impossible, Trump actually moved to King’s right flank on issues of southern immigration:

“The U.S, has become a dumping ground for everyone else’s problems. [Mexico is] sending people that have lots of problems, and they are bringing those problems to us. They are bringing drugs, and bringing crime, and they’re rapists,” Trump infamously said on the campaign trail.

Trump, arguably the most prominent of the so-called “birthers,” continually accused President Obama of illegitimacy as Commander in Chief by arguing that he was born outside the United States, even well after the President released his official birth certificate. This, along with Trump’s supposed investigations into Mr. Obama’s time spent in Indonesia as a child, and inquiries into his African roots on his father’s side, coexist as not-so-veiled xenophobic and racist threats.

Rep. King was also a prominent and outspoken “birther.” He has consistently tried to define President Barack Obama as “other” by attempting to prevent our former President the right of self-definition – an apparent contradiction within a political party that emphasizes rugged individualism, freedom, and liberty.

In August 2012, King made the absurdist accusation during a tele-town hall meeting that though his staff had found Barack Obama’s birth announcement in two separate Hawaiian newspapers, “That doesn’t mean there aren’t some other explanations on how they might’ve announced that by telegram from Kenya.”

In addition, according to King while Obama was running for the presidential nomination in 2008:

“When you think about the optics of a Barack Obama potentially getting elected President of the United States…[w]hat does it look like to the world of Islam? I will tell you that, if he is elected president, then the radical Islamists, the al-Qaeda, the radical Islamists and their supporters, will be dancing in the streets in greater numbers than they did on September 11 because they will declare victory in this War on Terror.”

Echoing King, Trump demanded during his campaign “a total and complete shutdown of Muslims entering the United States,” which plays into the rising tide of Islamophobia in the United States.

Trump, King, and other anti-immigration activists connect narratives representing immigrants, migrants, and even visitors to our borders in the language of disease, crime, drugs, alien and lower cultural and life forms, of invading hoards, of barbarians at the gates who if allowed to enter this country will destroy the glorious civilization we have established among the lesser nations of the world.

The 2016 Republican Party Platform codified the language by defining the “other” as “illegal aliens,” as if they were dangerous and deadly non-human invaders from deep space. 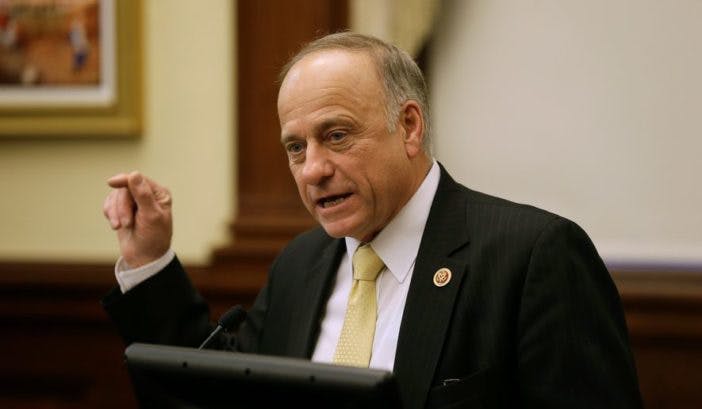 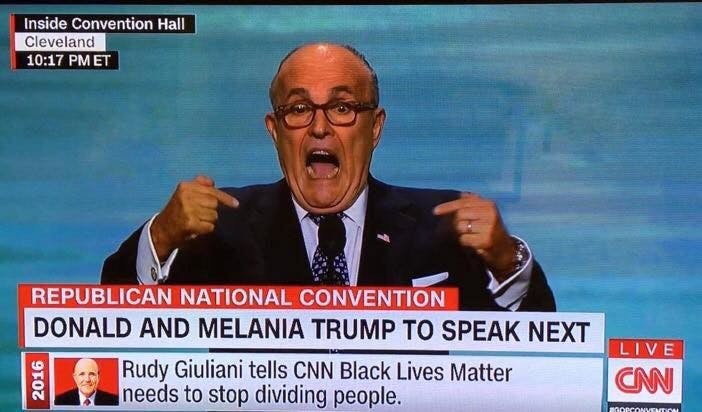