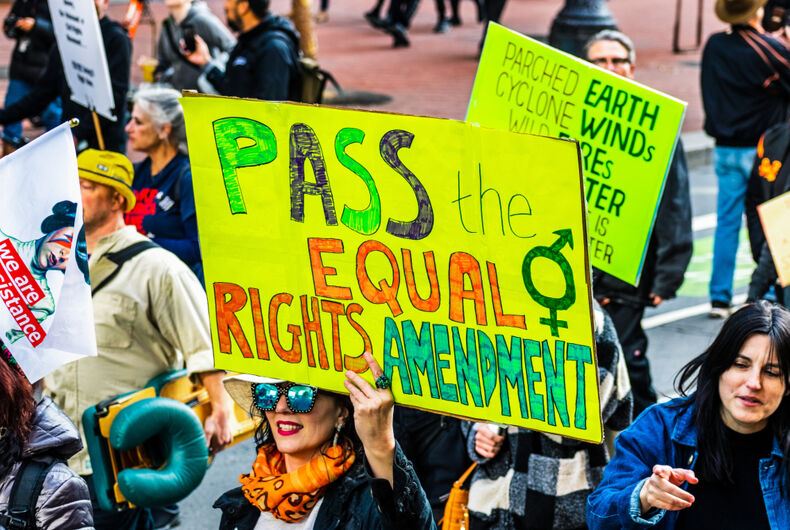 Yesterday, the Republicans voted against the Violence Against Women’s Act and the Equal Rights Amendment on the same day they said LGBTQ equality would destroy women’s rights, and complained that women’s rights were not being seen as important as LGBTQ rights.

The Senate Judiciary Committee held a hearing on the Equality Act yesterday, the bill that would add sexual orientation and gender identity to federal civil rights legislation, banning discrimination against LGBTQ people. And Republican lawmakers, as well as the witnesses they invited, said multiple times that while they believe discrimination against LGBTQ people is bad, they are very concerned that the Equality Act would discriminate against women.

“I am deeply concerned about this act’s negative implications for all girls,” Sen. Chuck Grassley (R-IA) said at the hearing. GOP lawmakers repeatedly referred to transgender women as “males” and said that their presence in public restrooms, homeless shelters, and sports teams would put cisgender girls and women at risk of violence.

The bill “applies a wrecking ball to female sports by insisting that any male who… claims to be female for any amount of time in his senior year, perhaps when he’s eyeing college scholarships, has a full legal entitlement to walk onto the first team and take on of those,” said Republican witness and anti-trans advocate Abigail Shrier at the hearing.

States have been allowing transgender girls to compete with their gender for years and that has just not happened.

Meanwhile, House Republicans didn’t seem to get the memo that the GOP is now the party of women’s liberation.

Yesterday, the House voted to reauthorize the VAWA, a bill that increases the criminal justice response to intimate partner violence and violence against women and provides funding resources for victims.

The reauthorization passed 244 to 172. All of the 172 Congressmembers who voted against it were Republicans, although 29 Republicans joined Democrats in supporting the bill.

The main criticisms Republicans made of the reauthorization bill is that it includes violence against transgender women – Rep. Michelle Fischbach (R-MN) specifically cited language in the bill that it protects victims “of any gender” – and that it restricts gun rights of people who have been convicted of stalking.

“This legislation makes it clear that Democrats consider gun ownership a second-class right,” said Rep. Bob Good (R-VA), even though Senate Republicans seemed to be in agreement the same day that women’s rights are of paramount importance.

Meanwhile, observers believe the bill faces an uphill battle in the Senate, where 10 Republican votes are needed to pass it under current rules. Despite hearing just yesterday about how much Senate Republicans care about any potential threat to women’s rights.

The ERA is a constitutional amendment that says simply: “Equality of rights under the law shall not be denied or abridged by the United States or by any State on account of sex.” It was passed by the House and Senate in the early 1970s but failed to immediately get the required approval of 38 state legislatures until last year when Virginia passed a resolution ratifying it.

That’s well after the statutory deadline for the ERA, so Congress voted on a resolution to extend the dead so that the ERA could be ratified. The measure passed in the House on a 222-204; all 204 Congressmembers who voted against it were Republicans.

Rep. Marjorie Taylor Greene (R-GA) spoke against it, saying that equal rights for women would result in increased abortions, “destroy all distinctions between men and women,” and “empower the woke feminist mob.”

On Twitter, she even claimed that the bill would authorize abortions “after birth,” effectively equating women’s equality with murder since having an abortion after giving birth is physically impossible.

The so-called Equal Rights Amendment is designed to do one thing:

Abortion on-demand up until birth and perhaps after birth

That’s why I OPPOSE the ERA. pic.twitter.com/fWhpRWCGkj

In the Senate, the resolution faces an uphill battle because it will need 10 Republican votes in order to pass.

“I wish that I could tell you that we had more Republican support,” said Sen. Lisa Murkowski (R-AK) told the New York Times.

Perhaps she could convince Sen. Ted Cruz (R-TX) to vote for the ERA since just yesterday he appeared so concerned with women’s liberation that he even referred to LGBTQ civil rights as part of “the radical Democrats’ war on women.”

In today’s Democrat Party there is a hierarchy of victims and some victims trump other victims.

Sen. Cruz has not yet expressed support for the ERA and has previously voted against the VAWA, despite his apparently passionate concern for women’s rights. 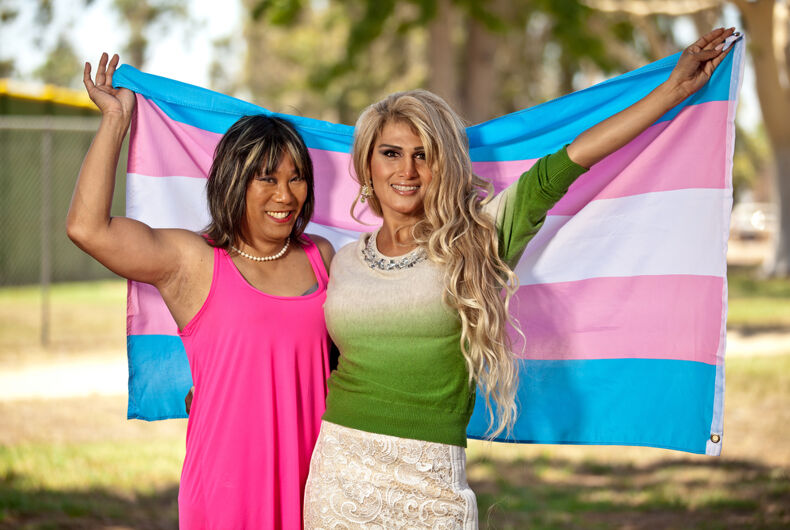 Yesterday, the House voted to reauthorize the Violence Against Women Act (VAWA), a bill that increases the criminal justice response to intimate partner violence and…