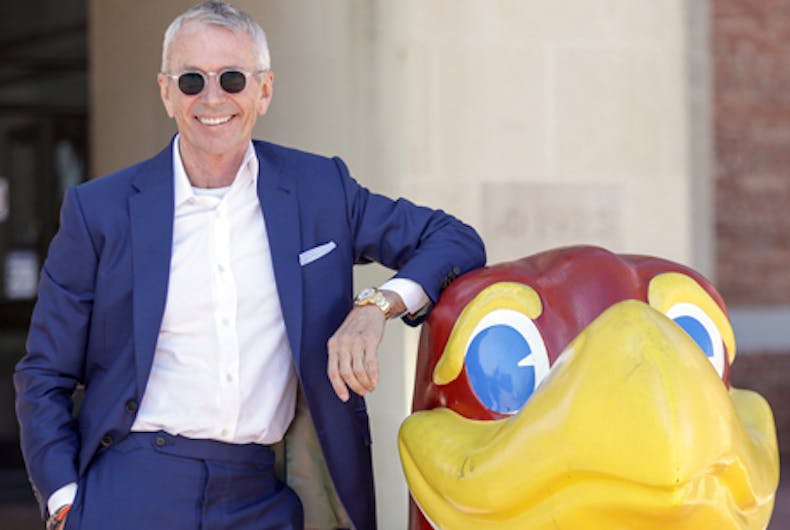 A University of Kansas alumnus has announced a $1 million gift to expand support KU’s LGBTQ students.

Chad Leat, 60, of New York City, is the retired vice chairman of global banking at CitiGroup. One of the first openly gay financial leaders on Wall Street, he has 30 years of experience in markets and banking at Citigroup, JPMorgan Chase and their predecessor companies. He retired in 2013.

“Being able to provide opportunities to diverse students, and LGBT students in particular, means so much to me,” Leat said. “This gift will establish this scholarship as a much larger and more meaningful investment in the LGBT community here at KU for a long time.”

A native of Tonganoxie, Kansas, just west of Kansas City, Leat was the first member of his family to graduate from college.

His gift to the KU Endowment Association, announced Feb. 28, is one of the university’s largest gifts for LGBTQ students. KU has more than 28,000 students on five campuses, including the main campus in Lawrence.

“When I decided to establish a scholarship to reward not only students with need, but also students that showed leadership and affiliation with the LGBT community on campus, I did it because I had a wonderful career here as a student at KU,” Leat said.