While sitting down with Tony Perkins of the Family Research Council at the Greenwell Springs Baptist Church on Sunday, Rick Santorum doubled down on his commitment to bring back the discriminatory Don’t Ask Don’t Tell policy.

Perkins, a staunch opponent of Don’t Ask Don’t Tell’s repeal, said the Obama administration “has systematically used this military for social experimentation” by “overturning the Don’t Ask Don’t Tell policy and forcing open homosexuality on the military,” asking Santorum if he would “reverse” the repeal.

Santorum said the repeal was “not in the best interest of our men and women in uniform” and pledged to restore Don’t Ask Don’t Tell, but added, “that doesn’t mean that people who are gays and lesbians can’t serve.” 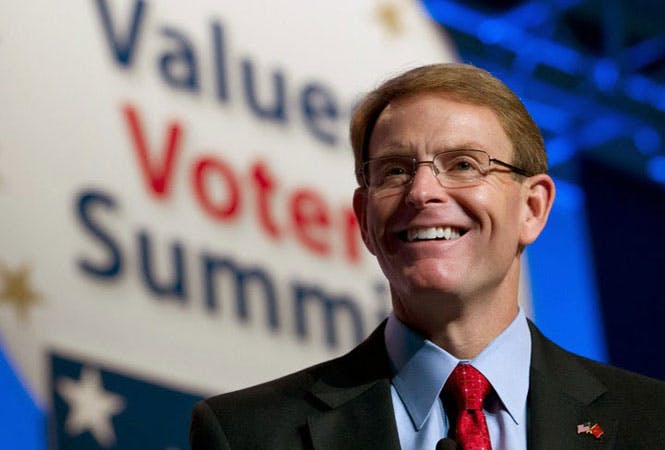