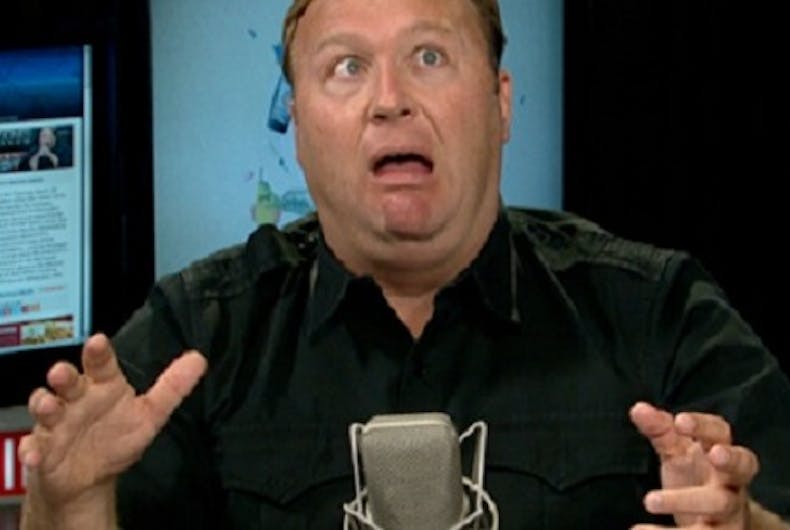 Jones made his comments during the November 14th edition of his radio program, ironically, while hosting a transgender guest.

Related: Alex Jones claims gay people are deliberately infecting each other with HIV in ‘Satanic’ plot

Blare White, a transgender woman and Donald Trump supporter, has made a social media career out of rants against the left, appeared on Jones’ show as an anti-queer activist. Jones praised White as an unusual transgender woman, and an attractive one at that.

“It’s kind of refreshing that she isn’t super ugly and doesn’t weigh 500 pounds,” Jones remarked. He added “[I] have nothing against her because she’s not sexualizing children.”

Jones, purveyor of the so-called “PizzaGate” conspiracy, as well as alternative theories that paint the Sandy Hook massacre as a false flag operation, has had hot criticism for the transgender community in the past, claiming that trans acceptance will lead to an army of automatons controlled by brain chips.

He’s also said that transgender women are really just gay men trying to seduce straight men. Because nothing puts a gay man in the mood like growing a pair of breasts.

We’re hoping he crawls back into his rat’s nest and shuts up for a while. Besides, as an overweight man himself, how does Jones have any room to criticize anyone as fat?