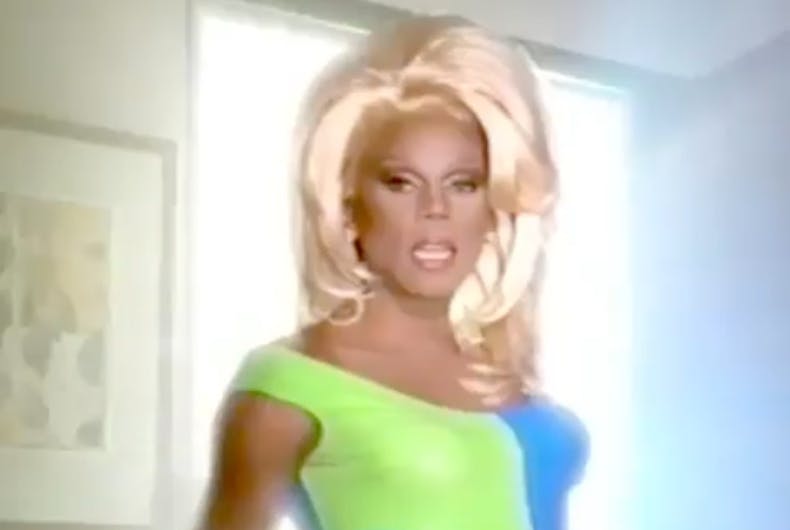 Earlier this week, a hummus ad starring RuPaul’s Drag Race alumnae Miz Cracker and Kim Chi was described by multiple media outlets – including this one – as the first Super Bowl ad ever to feature drag queens.

RuPaul quietly shut that down last night on Instagram.

Related: RuPaul inducted into the California Hall of Fame as ‘most commercially successful drag queen ever’

Ru posted an ad from the height of the dot-com bubble for Webex, a web conferencing platform, with the words, “My Super Bowl commercial from 2000.”

In the ad, a group of white people – almost all men, with one of them wearing a cowboy hat – are at an office meeting. The workers stare at the ceiling and sleep, showing viewers that the meeting is boring, while a speaker says it’s now time for “something exciting.”

RuPaul appears out of nowhere and says, “This meeting is a real drag.” Get it? Get it?

She hones in on the one woman at the meeting and says, “Girl, you could be at home, sipping a latte in your lingerie and still make this meeting.” She winks at cowboy-hat guy, and viewers are left to imagine what cowboy hats have to do with lingerie.

At the end, everyone runs out of the meeting, possibly excited to do the meeting from home where they can mute their mics and play video games when they should be listening.

A Fortune article published in January of 2000 mentions that the ad was set to run during the Super Bowl.

“It will give me a new reason to watch football,” RuPaul said in the article.

So Mother Ru was slyly – and correctly – calling out the media reports that said that Miz Cracker and Kim Chi would be the first drag queens to appear in a Super Bowl ad.

And for that, LGBTQ Nation regrets the error.

But it will refrain from saying that RuPaul’s is the first Super Bowl ad to feature a drag queen lest someone dig up a 1976 Super Bowl ad for Pet Rocks starring Divine. 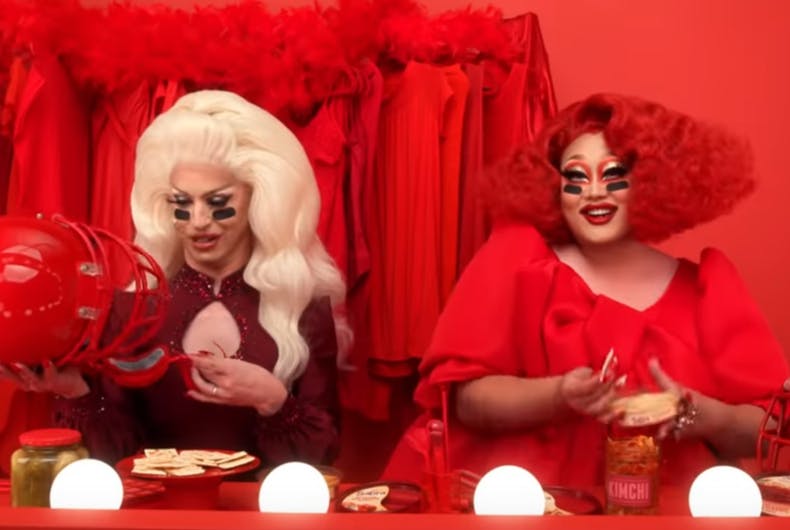