Bernie Sanders proposed at a recent CNN presidential candidates’ Town Hall that convicted felons still serving their sentences, who in every other way qualify for the right to vote, should have these rights restored.

He placed his announcement in the context of the growing trend the courts and the Republican Party have undertaken to circumscribe enfranchisement through the gutting of the 1965 Voting Right Act, partisan-inspired redistricting and gerrymandering policies, and voter intimidation schemes.

Bernie is correct in his assessment of the Republicans’ attempts to control election outcomes, and though I am in full agreement with the recently-passed Florida law granting voting rights to convicted felons who had served their time and debt to society, and I believe that voting is, indeed, an automatic right of citizenship of a certain age, it is also a privilege for those who do not commit serious crimes against society.

The so-called “Boston Marathon Bombers” not only killed and maimed several individuals, but they also terrorized and maimed the hearts of the people of my beloved city of Boston and state of Massachusetts, and the people of the entire nation. To reinstate voting rights to the remaining convicted bomber would be tantamount to condoning his horrific acts against We the People.

Of great concern and an often-forgotten perspective is the ever-changing definition throughout our history of who gets to be included in the definition of “citizen” with its attendant right to vote. Though the people of the United States are about to celebrate the country’s 243rd year of independence, 2020 marks only the centennial commemoration of women’s right to vote.

Beginning the first day Europeans stepped foot on what has come to be known as “the Americas” up until this very day, decisions over who can enter the United States and who can eventually gain citizenship status and vote has generally depended on issues of race.

In 1790, the newly constituted United States Congress passed the Naturalization Act, which excluded all nonwhites from citizenship, including Asians, enslaved Africans, and Native Americans, the later whom they defined in oxymoronic terms as “domestic foreigners,” even though they had inhabited this land for thousands of years. Only European-heritage men of “good character” could vote.

The Congress did not grant Native Americans rights of citizenship until 1924 with the passage of the Indian Citizenship Act, though Asians continued to be denied naturalized citizenship status.

Though formerly enslaved African-heritage men were granted the vote under the terms of the 15th Amendment in 1870, following the Reconstruction Era in the South, states effectively suppressed the voting rights of black people under “Jim Crow” laws.

The U.S. Congress passed the first law specifically restricting or excluding immigrants based on “race” and nationality in 1882. In their attempts to eliminate entry of Chinese (and other Asian) workers who often competed for jobs with U.S. citizens, especially in the western United States, Congress passed the Chinese Exclusion Act to restrict their entry into the U.S. for a 10-year period, while denying citizenship to Chinese people already on these shores.

The Act also made it illegal for Chinese people to marry white or black U.S.-Americans. The Immigration Act of 1917 further prohibited immigration from Asian countries, in the terms of the law, the “barred zone,” including parts of China, India, Siam, Burma, Asiatic Russia, the Polynesian Islands, and parts of Afghanistan.

In the Supreme Court case, Takao Ozawa v. United States, a Japanese man, Takao Ozawa, filed for citizenship under the Naturalization Act of 1906, which allowed white persons and persons of African descent or African nativity to achieve naturalization status. Asians, however, were classified as an “unassimilateable race” and, therefore, not entitled to U.S. citizenship.

Ozawa attempted to have Japanese people classified as “white” since he claimed he had the requisite white skin. The Supreme Court, in 1922, however, denied his claim and, therefore, his U.S. citizenship.

Following U.S. entry into World War II at the end of 1942, reflecting the tenuous status of Japanese Americans, some born in the United States, military officials uprooted and transported approximately 110,000 Japanese Americans to internment (concentration) camps within several interior states far from the shores.

In Korematsu v. United States, 323 U.S. 214 (1944), the landmark United States Supreme Court decision ruled 6-3 that Executive Order 9066 was constitutional “as a matter of military urgency,” ordering Japanese Americans into internment camps during World War II regardless of citizenship. Not until Ronald Reagan’s administration did the U.S. officially apologize to Japanese Americans and pay reparations amounting to $20,000 to each survivor as part of the 1988 Civil Liberties Act.

Though the Magnuson Act of 1943 gave Chinese immigrants a path toward citizenship and the right to vote, until 1952, federal policy disqualified immigrants from most other Asian countries citizenship status and voting rights.

Within hours of the decision, Texas implemented its voter ID law, which the courts later ruled was “imposed with an unconstitutional discriminatory intent” against racialized people. By 2014, legislators introduced at least 83 restrictive voting rights bills in 29 states.

While I cannot stand with Bernie on the issue of restoring voting rights to all currently-incarcerated felons, I believe that we must consider these issues in a more nuanced manner.

The criminal justice system incarcerates people unjustly: people or color are convicted of crimes at higher rates and with stiffer sentences than white people who commit similar crimes. This impacts the voting right of people of color disproportionately. Therefore, we must reform the system to provide greater equity for all involved.

Also, I support voting rights for people convicted and incarcerated for “victimless crimes.” In the final analysis, I support all politicians who are demanding restoring and strengthening the landmark Voting Rights Act of 1965. 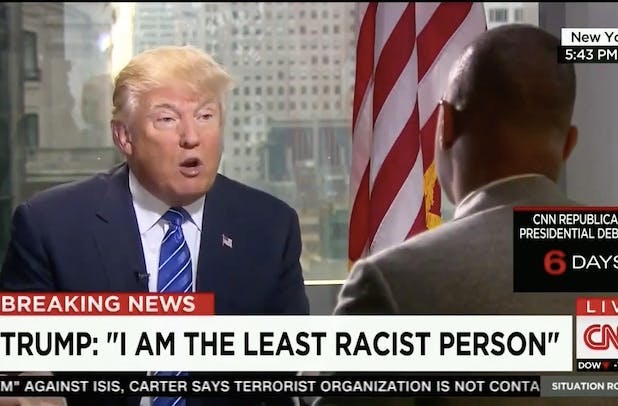 Cancel reply
Should felons in prison have the right to vote? Let’s look at America’s history on voting rights.