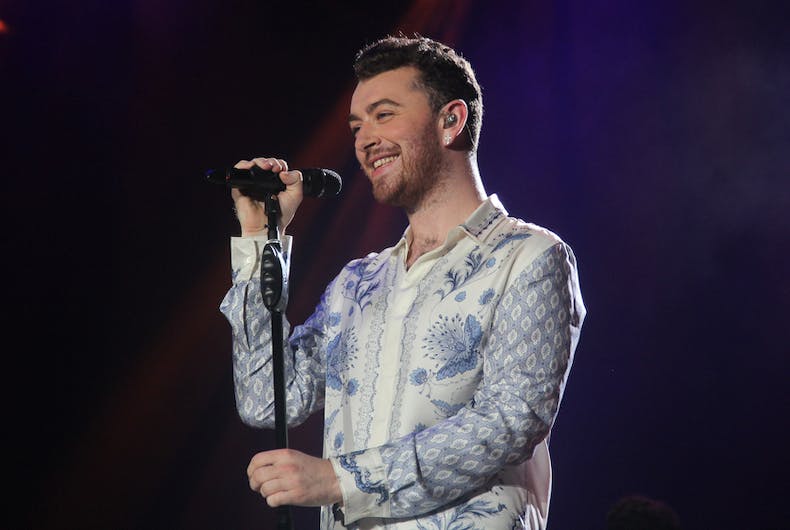 Sam Smith has used their platform to discuss body image issues in the LGBTQ community.Photo: Shutterstock

I’ve been writing articles for almost a decade now, and in all these years, what I’m about to say is by far the most personal and honest thing I’ve ever written. I’ve thought about writing it for a while now but wasn’t sure if it was a good idea to be so open and vulnerable.

But given the events of recent weeks and months – when there have been a series of well-known members of the LGBTQ community who have passed away either due to suicide or overdose – I feel like now is the right time to speak out on this issue. It needs to be said.

I won’t name the specific individuals for the sake of them and their families’ privacy, but I knew several of these individuals personally. I’ve talked to mutual friends of theirs about the exact cause of their deaths, why these people who seemed so happy on the outside might’ve taken their own life.

The fact is that there is a particular pressure that many in the LGBTQ community are feeling these days due to social media and the way it distorts peoples’ impressions of others as well as of themselves. Instead of getting a well-rounded, all-encompassing view of the reality of people’s lives, you only see the best moments and the things they want you to see.

Even celebrities have been affected by this problem. Singer Sam Smith has been very vocal about their issues when it comes to weight and body image and the way that social media has exacerbated them.

Now I know when most people post photos of themselves with a fit body or driving an expensive car or doing fancy things, they don’t usually do it maliciously. We all want to project a strong, confident, positive image of ourselves.

I’m sure people who know me think, from what they see of me on Instagram, that they know me and that I live a happy, privileged life. But what they don’t see is that I have had long time trouble with my own weight and body image, and social media has made that struggle very, very difficult at times. I’ve dealt with moments of great anxiety, moments when the pressure on my self-esteem has often felt crippling and overwhelming.

I’ve never been diagnosed with anxiety or depression, and I’ve never felt thoughts of self-harm or suicide. But I definitely can understand or empathize with those who might be in that situation. I also think, from conversations I’ve had with others in the community, that these feelings of inadequacy and loneliness can lead to risky behavior such as unprotected sex or drug use, and that is something that we as a community need to face head on as well.

The truth is that I’m not sure exactly what the solution is. The fact is that social media is here to stay, but one thing I know is that we can all try to be more open, more honest, more vulnerable, and encourage others to be that way as well. We can be more kind, more empathetic, more loving. I plan to do everything I can to do all that, and I hope you will too.