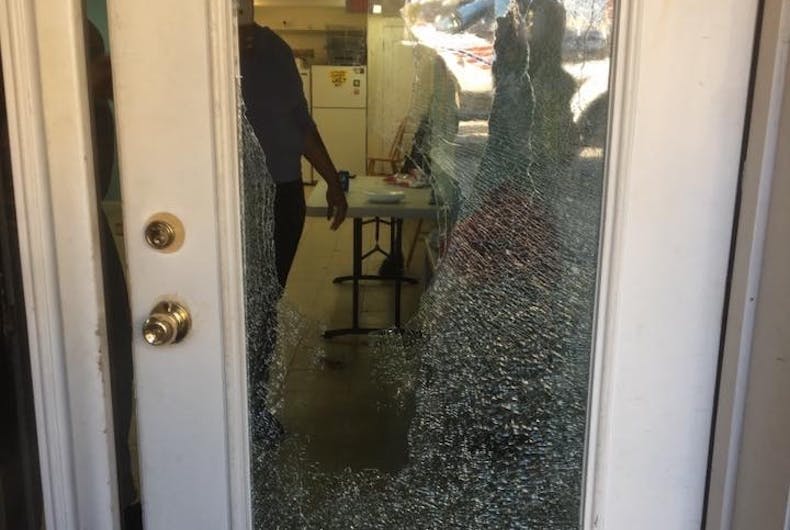 Casa Ruby LGBTQ Community Center posted a brief note on Facebook yesterday to tell supporters that the building had been vandalized. Again.

Staffers say this is the third time in two weeks that the facility has been targeted. This time, however, the perpetrator also assaulted a staff member.

“Alert! Alert!,” the center wrote on their Facebook page. “Our Casa Ruby LGBT Community Center was just vandalized and a staff assaulted by a transgender Hater 2 days after our mayor Muriel Bowser reported a 100% increase in hate crimes against transgender people, the violence is real 7 transgender women murdered this is how it begins and we refuse to be the next ones.”

Founder Ruby Corado told local television station Fox5 that DC’s police chief came to the crime scene “to reassure her they will work diligently to have this suspect arrested and prosecuted to the fullest extent of the law.”

Casa Ruby is a multicultural LGBTQ center focused primarily on “transgender, genderqueer, and gender non-conforming gay, lesbian and bisexual people.” The bilingual center staff are also active in immigration and homeless issues. They provide hot meals, support groups, clothing assistance and emergency housing referrals to some of the city’s most disadvantaged members. A large number of their clients have incomes of less than $15,000.00 per year.

The small community center is taking donations to repair the damage.