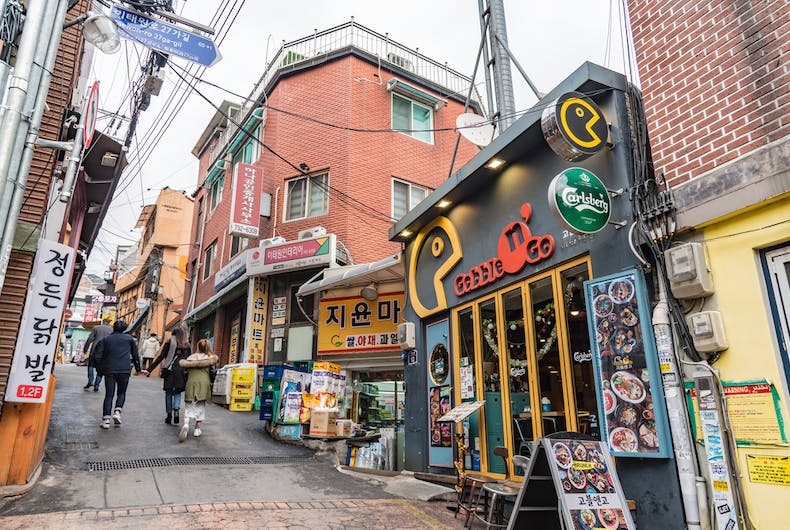 Anti-gay sentiment in South Korea has risen after health officials tracked 86 newly confirmed coronavirus cases to an asymptomatic 29-year-old man who visited bars and a bathhouse in Itaewon, the gay district in the capital city of Seoul. Other closeted gay people fear they may be outed to their families or employers if the government uses contact tracing to require them to get tested for COVID-19.

The man visited five locations — King Club, Queen, Trunk, Soho and H.I.M. — during the first weekend in May, soon after South Korea relaxed its social distancing measures to allow nightspots and other businesses to reopen amid declining case numbers.

Though the man admitted himself to a nearby hospital after he tested positive on Wednesday, May 6, health authorities have tested more than 2,450 people who went to same nightspots as him. The officials are still trying to track about 3,000 more people using credit card numbers, cell phone location data, and footage from CCTV cameras.

The Washington Post reports that since the outbreak, South Koreans searched mostly for “gay club” and “gay coronavirus” on local social media and have also posted “hate speech and images claiming to show the ‘filthy goings-on’ at gay bars” that caused the infections.  One of the posts included a video of bar patrons, asking others to help identify them.

The South Korean LGBTQ-rights group Chingusai said that “stigma-inducing” media reports could be counterproductive for infection-control efforts because “These threats make it harder for those who came into contact with a virus carrier to report themselves due to fears of getting outed.”

According to The Guardian, Kookmin Ilbo, “a local media outlet with links to an evangelical church,” and other media outlets reported on businesses the infected man visited, revealing the identities, ages, and workplaces of some of their clientele.

One man t0ld the publication that he’s contemplating suicide because of the social and professional humiliation he’ll likely suffer if he’s outed to his anti-gay colleagues.

“If they find out that I was at a gay club, they would most likely tell me to leave under some other pretext or make my life there a living hell so I would have no choice but to leave,” he said.

While it’s not illegal to be LGBTQ in South Korea, queer people experience discrimination for deviating from the social norms of marrying in order to have kids who will eventually care for their aging parents.

Seoul Mayor Park Won-soon said that 3,000 people suspected of visiting the same nightspots either provided false phone numbers or didn’t answer calls when contacted about possible infection. He also promised that the city will set up “anonymous testing” so that individuals can come forward without fear of being publicly connected to the gay spots.