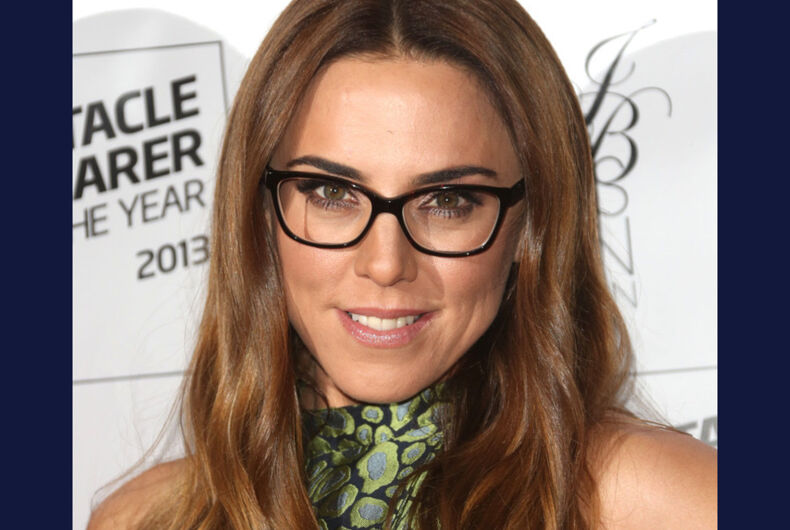 Melanie C at The Specsavers’ Spectacle Wearer of the Year 2013 held at the Royal Opera House, London on October 09, 2013.Photo: Shutterstock/LGBTQ Nation Composite

Melanie C – “Sporty Spice” of the legendary girl group the Spice Girls – revealed that she sometimes wishes she was a lesbian because so many people have assumed she is a lesbian over the years.

She not only “doesn’t mind” people that question her sexuality but said, “I have friends who have only got to know me later on and they’re like, ‘There was no question in my mind that you were a lesbian.’”

Related: Is the hype over Lady Gaga’s limited edition Oreos worth it? The internet decides.

“Girl power” was central to the Spice Girls’ public message back in the 1990s and each of the individual Spice Girls designed their looks around their brand. Melanie C usually wore athletic wear – she was Sporty Spice, after all – which three decades ago would have played into the stereotype that women who are empowered and play sports are gay.

“I work a lot with the LGBTQ+ community and I very much feel part of that community, even though I really don’t fit into any of those labels,” she explained.

“But, I really don’t mind being called a lesbian.”

In fact, Mel C admits, “There have been times in my life where I’ve thought, ‘I wish I was a lesbian’,

The 47-year-old multi-platinum music artist is currently in a relationship with Joe Marshall, according to Metro. She has an 11-year-old daughter from a previous relationship. She came to prominence as a founding member of the quintet pop sensation in the 1990s, which went on to become one of the top selling acts in music history.

As a solo artist, Melanie C has released eight albums, including her latest self-titled album last year. No other woman artist has more #1 songs than her in the United Kingdom.

“We started writing about girl power because we were experiencing sexism in the industry,” she explained about the Spice Girls’ direction last year. “Five girls, we wanted to be famous, we wanted to be pop stars and quite quickly we were being told that girl bands don’t sell records. You can’t be on the front cover of magazines because girls buy records by boys.”

“And we were like, ‘Seriously, do not say that to the Spice Girls… that’s like a red rag to a bull.’ That’s when we started talking about girl power and we knew we actually had a really important point to prove, and it was great because it gave us a fire in our belly.”

Melanie C explained in 2019 how her song “High Heels” featured and was inspired by Sink the Pink, an LGBTQ collective that hosts club nights and now tours the world as a performance act. She described it as a “privilege” to be around openly queer people.

While her appearance and the empowering message of her music over the years may have given fuel to rumors about her sexuality, Melanie C has not publicly acknowledged an attraction to any woman.

Previously, however, fellow Spice Girls member Mel B – Scary Spice – hinted that she and Geri Halliwell – Ginger Spice – had a sexual encounter during the height of their success in the group, which caused a sensation.

“She’s going to hate me for this because she’s all posh in her country house and her husband,” Mel B said in a “tongue-in-cheek” interview with Piers Morgan around March 2019. “But it’s a fact. It just happened and we just giggled at it and that was it… It was just that once, and hopefully when Geri gets asked that, which hopefully she will after this, she won’t deny it. Because it was just a fun thing.”

Mel C said during the sit down, “This is all news to me.”

Halliwell released a statement deriding Mel B for spreading “rumors again” that had “been very hurtful to her family” so close to Mother’s Day.

Mel B said afterwards, “I just texted her and said: ‘I admitted on Piers that we had a little bit of a thing but don’t worry about it, it was all tongue in cheek and I didn’t go into detail.’”

She shrugged it all off, adding, “It was just one thing that happened one night. I didn’t go into detail about it, at all,” and telling Halliwell, “This was pre your husband, pre your baby, pre one of my babies. It’s fine.”

“I don’t know why everyone’s making such a big deal about it.” 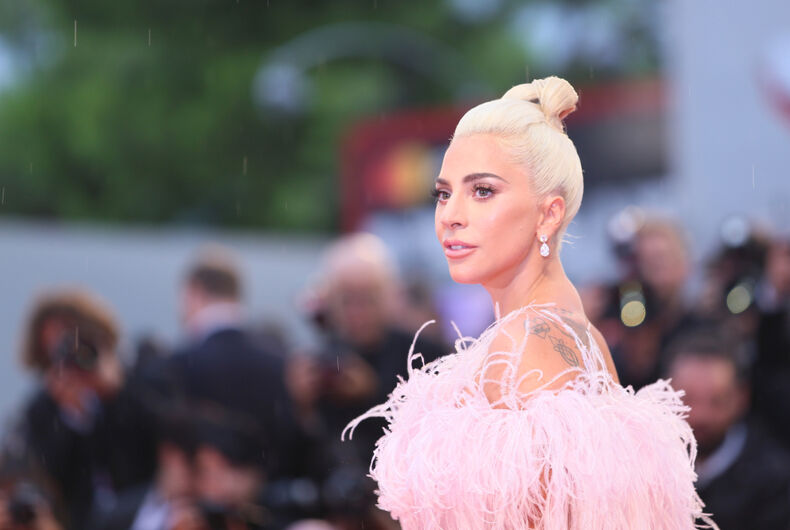 “Sporty Spice” says she sometimes wished she was a lesbian