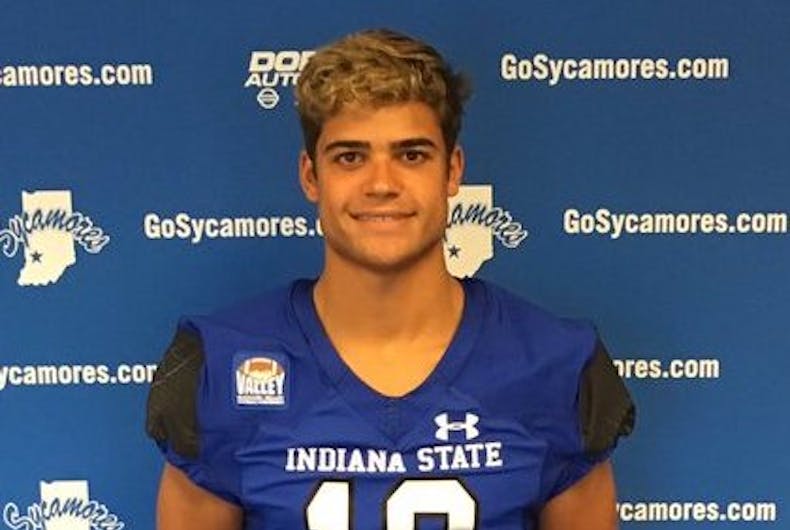 The fellow students of a gay high-school athlete are rallying to his defense this morning in response to a Westboro hate rally at their Missouri school.

As a sophomore running back, he scored three touchdowns in the 2015 state title game and was named Missouri’s Class 3 offensive player of the year. Today, he’s the focal point of Westboro Baptist Church protestors at his school.

Bain started coming out to friends the summer before his junior year, and he came out to his family in summer 2016.

“From the beginning, I wanted just to be myself,” Bain said to Fox2 Now, in St. Louis. “I wanted to show people around St. Louis and everywhere else that you can be whoever you want to be.”

Bain’s coming out was much discussed in his midwestern hometown as it drew national attention. An in-depth profile in the St. Louis Post-Dispatch on Dec. 22, 2017, described his journey with this headline: “He’s the star running back at John Burroughs, team captain, Indiana State bound — and gay.”

Gay sports site Outsports reports that when Bain’s fellow students learned of the protests last week, they met before school and then during an assembly to plan their counter protest.

The outpouring of support includes Andy Abbott, head of school at John Burroughs.

On Feb. 6, Bain was honored as a hometown hero by the St. Louis Blues pro hockey team at its pride night, and for today’s counter protest, Pride St. Louis rallied support for Bain on Facebook.

Bain said the counter protest will outnumber the protestors against him.

“I was able to realize that if this international hate group is coming after me and my community, then we must be doing something right,” he said.

Cancel reply
St. Louis is rallying around a gay football player targeted by a hate group