ROGERSVILLE, Tenn. — A Tennessee man has announced his candidacy for President of the United States, saying he will run on an an explicitly Christian, anti-gay platform.

Darrell Trigg, an engineer from Rogersville, Tenn., presented his plat form at a National Day of Prayer event on Thursday, reports the Kingsport Times News.

As President, he says the Bible would be a mandatory subject for K-12 students in public schools, marriage would be re-established as “Holy Matrimony” between a man and woman, gay marriage would be banned, and homosexuality “will not be recognized legally, or any other way.”

Nudity would be banned from the Internet and television, as well as excessive violence, foul language, blasphemy, or any form of homosexuality.

As president, Trigg says he would also make Christianity the official religion of the United States.

More in this video from the candidate, who says he is a member of the Christian Party. 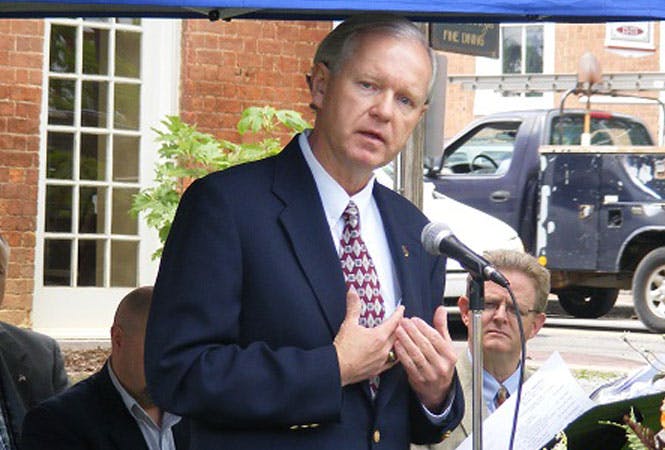 Darrell Trigg Darrell Trigg, author of Developing a More Effective Prayer Life:A Practical Approach, has declared his intentions to run for President of the United…

Cancel reply
Tenn. man wants to be President of U.S. on all Christian, all anti-gay platform