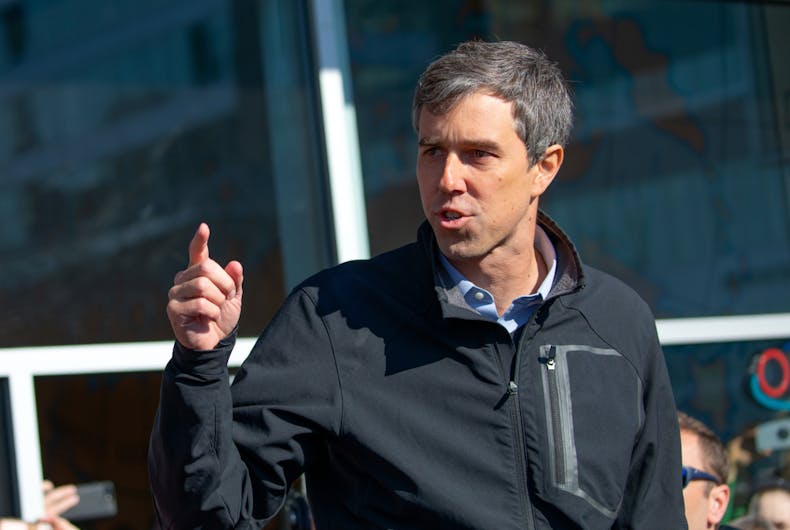 Texas Lt Governor Dan Patrick is possibly best known for his nonstop attacks on the LGBTQ community. A religious right devotee, Patrick has been behind practically every legislative attack and gleefully promoting them in front of the cameras.

But in an interview with Laura Ingraham, Patrick took it one step further, using the antiquated term “light in the loafers” to refer to Democratic presidential candidate Beto O’Rourke. O’Rourke is married with three children.

“He is so light in the loafers he floats off the ground at times,” Patrick said during a discussion about the former Congressman turned Democratic rising star and how progressive he is. Patrick also described him as “a moron.”

Ingraham questioned Patrick about what he meant when he used the phrase, saying, “Now Dan, when you said ‘light in the loafers,’ you just meant not consequential, correct? You didn’t mean any pejorative.”

“Yeah. Yeah,” Patrick responded. “You know, he flaps his arms around a lot. He’s a lightweight.”

U.S. Sen. Ted Cruz (R-Texas) is surrounded by preachers as he addresses a crowd at a Houston church, Thursday, Oct. 16, 2014. Cruz spoke about…