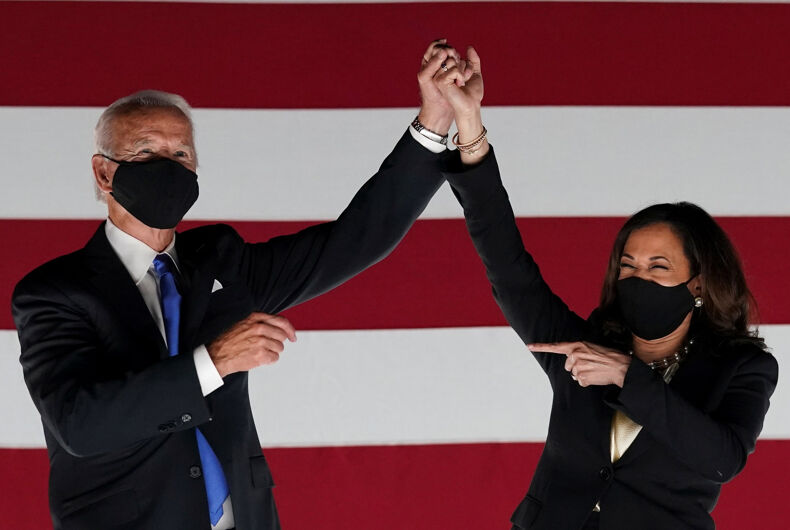 The priorities and the outlook of a Presidency is typically marked by what the administration accomplishes in its first 100 days. As we are halfway to that mark, it appears President Joe Biden (D) and Vice President Kamala Harris (D) has prioritized LGBTQ rights.

LGBTQ media advocates GLAAD launched the Biden Equality Accountability Tracker (BEAT) on March 11, the 50th day of the Biden-Harris administration. They determined that 24 actions were taken from the White House that “affect LGBTQ people and rights.”

In a statement, GLAAD President and CEO Sarah Kate Ellis said “GLAAD’s Biden Equality Accountability Tracker is an ongoing resource tool to track how well the Biden administration is keeping to its word to make progress for the LGBTQ community. The more than 24 pro-equality moves in just the first 50 days are in stark contrast to the 181+ negative policies and rhetoric deployed against LGBTQ Americans by the previous administration.”

She added, “We have a long way to go to recover lost ground, and GLAAD will continue to hold all accountable to the truth and to their promises to support LGBTQ people.”

Ellis also introduced the program in an editorial published in Openly, a news initiative of the Thomson Reuters Foundation dedicated to impartial coverage of LGBTQ issues from around the world.

“The first 50 days have already revealed quite a bit – an administration promising action to address inequities faced by vulnerable people, including LGBT+ Americans,” Ellis wrote, “and those determined to use misinformation about our lives and our basic rights to be safe and to belong.”

The BEAT classifies ‘actions’ as executive orders, support for a legislation, remarks made in statements or speeches, and nominations to positions overseen by the President.

Biden’s executive orders, from day one to International Women’s Day, seeking protections for LGBTQ people are prime examples. The creation of the Gender Policy Council for equity for women and girls, when the White House noted that LGBTQ people “suffer discrimination based on multiple factors, including membership in an underserved community,” is also included.

Among out individuals, there is also Stuart F. Delery, Deputy Counsel to the President; Brendan Cohen, the President’s social media manager; Reggie Greer, the Director of Priority Placement and Senior Advisor on LGBTQ Issues to the President; Arlando Teller, deputy assistant secretary of Tribal Affairs in the Department of Transportation under Secretary Buttigieg; and Jeff Marootian, Special Assistant to the President for Climate and Science Agency Personnel.

Additionally, Rufus Gifford, former ambassador to Denmark and the unofficial “gay ambassador” of the Obama administration, is expected to be named Chief of Protocol.

GLAAD also notes the appointments of advocates or others to positions that will have an impact on the LGBTQ community. They include “12 professionals to the Covid-19 Health Equity Task Force,” which “address Covid-19 inequities” based on identity and other factors.

Trying to keep up with what the Biden-Harris administration is doing in terms of LGBTQ policy? Today @GLAAD launched the BEAT (Biden Equality Accountability Tracker) to monitor the White House’s moves in real time. https://t.co/D0fXlmWONI

“In its first 50 days, according to GLAAD’s new Biden Equality and Accountability Tracker, the Biden administration has taken more than 24 actions intended to promote LGBT+ equality.”https://t.co/xG6d8jEMqr 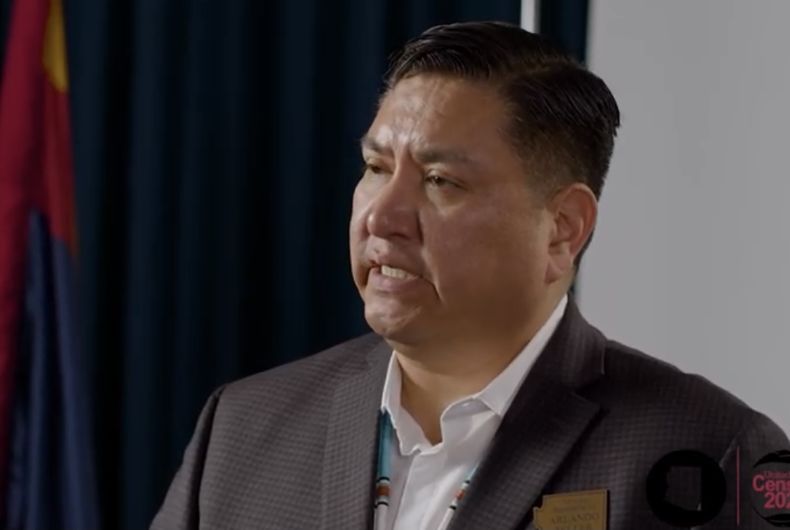 Arlando Teller in a video message promoting the 2020 U.S. CensusPhoto: Screenshot Pete Buttigieg, the out Secretary of Transportation, has added an out former lawmaker… 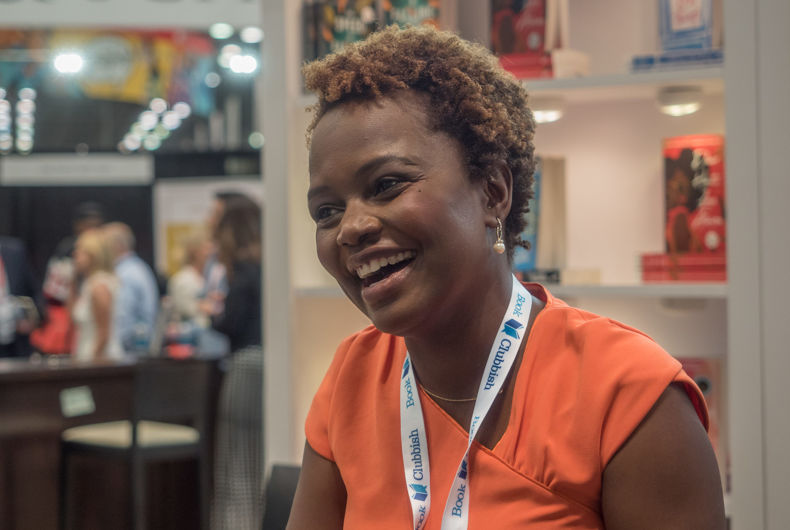 Karine Jean-Pierre at BookExpo at the Javits Center in New York City, May 2019.Photo: Wikimedia Commons The Biden White House has made history once again.… 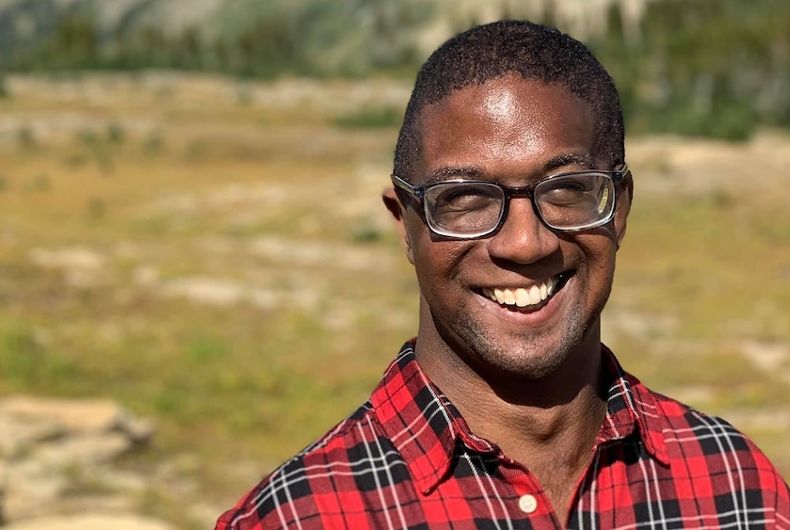 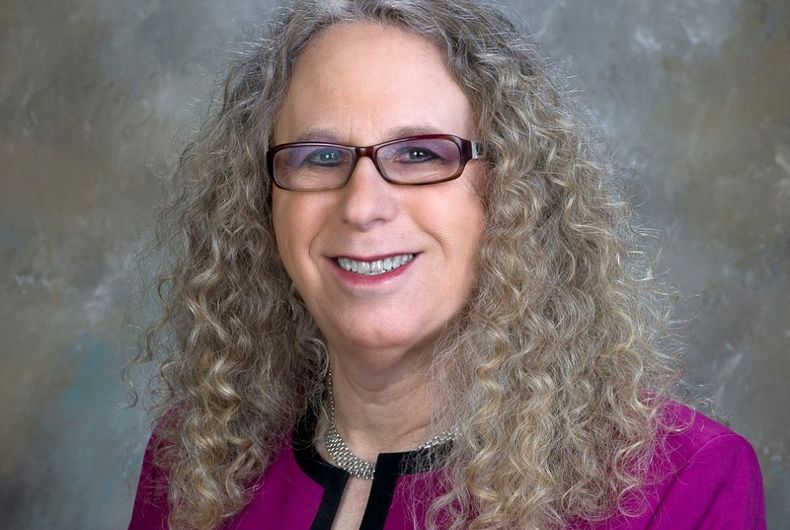