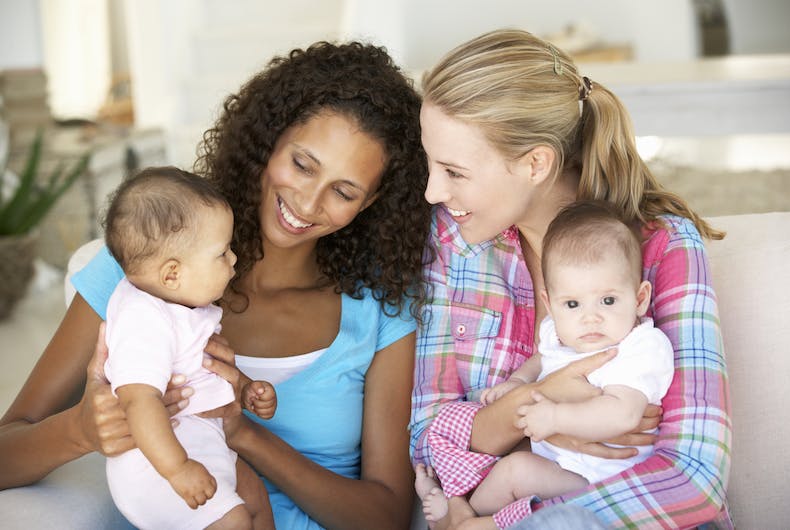 The bad news is that Catholic Charities of Buffalo is terminating its adoption program because New York’s anti-discrimination laws ban discrimination on the basis of sexual orientation.

A few years ago, a similar decision was reached by Catholic Charities of Rockford, Illinois. State law mandates that any agency receiving government funds cannot discriminate against same-sex couples, and since Catholic Charities accepted funding, it must abide by the terms of the law.

The good news, however, is that young people will no longer be indoctrinated with Catholic dogma.

For example, according to the Roman Catholic Church Catechism:

Basing itself upon Sacred Scripture, which presents homosexual acts as acts of grave depravity, tradition has always declared that homosexual acts are gravely disordered. They are contrary to natural law. They close the sexual act to the gift of love [i.e., offspring]. They do not proceed from a genuine affective and sexual complementarity. Under no circumstances can they be approved.

Rather than tossing out the babies while retaining the bigotry, Catholic charities and the larger Church must rethink it outdated and self-destructive policies lest it finds itself tossed to the trash heap of history.

If the Church truly wishes to protect young people, it must initiate policies to turn priests and other personnel suspected of child sexual abuse over to local law enforcement agencies and immediately terminate their service once charges are proven. In addition, any Church official found to have covered up such allegations must be terminated and reported to law enforcement.

The Church must permit women to achieve the highest ranks within the hierarchy including seminarians, priests, bishops, cardinals, and Pope. Church patriarchal domination and dictatorial control must end!

And hey, how’s that abolition of marriage for Church officials working out? Marriage should be approved for personnel with the adult partner of their mutual choice.

In addition, support for “ex-gay” conversion therapy must also end, with a full apology issued from for the damage it has wrought on parishioners’ bodies and souls.

Though the Church faithful and religious scholars have touted Pope Francis as “The Liberal Pope,” he talks a good game, but has taken little real action in bringing the Church out of the Middle Ages into even the 16th let alone the 21st century.

The time has come for the Church to fade into irrelevance like its outdated teachings have.