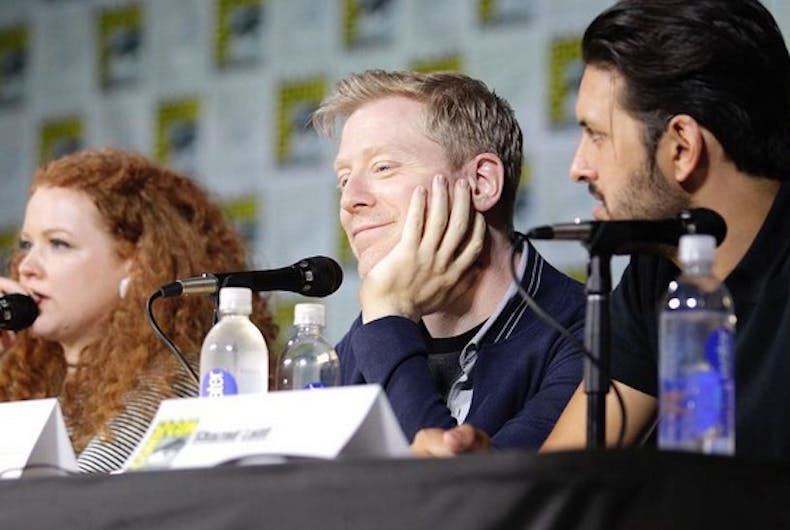 In “Plato’s Stepchildren,” an episode of Star Trek that aired in 1968, Captain James Kirk kissed Lieutenant Nyota Uhura in the first kiss between a black woman and a white man to air on U.S. television.

In Star Trek: Discovery, a new series that premiers on CBS tonight, the franchise will, for the first time, have an openly gay character.

That is not ground-breaking.

While actors Anthony Rapp and Wilson Cruz seem pretty excited to be playing the characters (and more power to them), this is 2017. Ellen came out decades ago. LGBT people have been the main characters on countless shows, from sitcoms like Modern Family, to dramas like Orange is the New Black, to soaps like Days of Our Lives, to who knows how many reality TV shows.

There is nothing “ground-breaking” about a gay character on TV.

You know what would have been “ground-breaking”? Showing a same-sex couple on one of the 90’s Star Trek series. While there were two kisses that involved female actresses on Star Trek: Deep Space Nine, neither of them took place in the context of a same-sex relationship.

Instead, the 90’s series were aggressively heterosexual. It seemed like every species in the galaxy had two sexes that engaged in sexual relationships exclusively with the opposite sex.

The characters, too, were almost always shown either in a relationship with the opposite sex or wanting one. Benjamin Sisko and Kasidy Yates, Jadzia Dax and Worf, Will Riker and Deanna Troi, a prepubescent girl and an adult male space gnome (aka Kes and Neelix)…. And Geordi La Forge pined after a woman he never met, Harry Kim had a lot of false starts with women, Beverly Crusher was divorced from a man and some attraction to Jean-Luc Picard was hinted at…

Not even the characters that had no physical sex were spared. Data was an android. His brain was a computer. He was neither male nor female. But the actor who played him was male, so he had several sexual encounters and relationships with women.

Because even talking robots must be straight.

In Deep Space Nine, the character Odo was from a species whose natural state is a liquid. His species did not reproduce sexually. Odo was neither male nor female. But he was played by a man, so for several seasons he had a relationship with Kira Nerys, a woman.

Because even space blobs must be straight.

So, yes, it’s great that there will be a same-sex relationship on a Star Trek series, even if it’s coming after not just Will & Grace, but after the Will & Grace reboot was announced.

But it’s not new or exciting. Star Trek missed that boat decades ago.