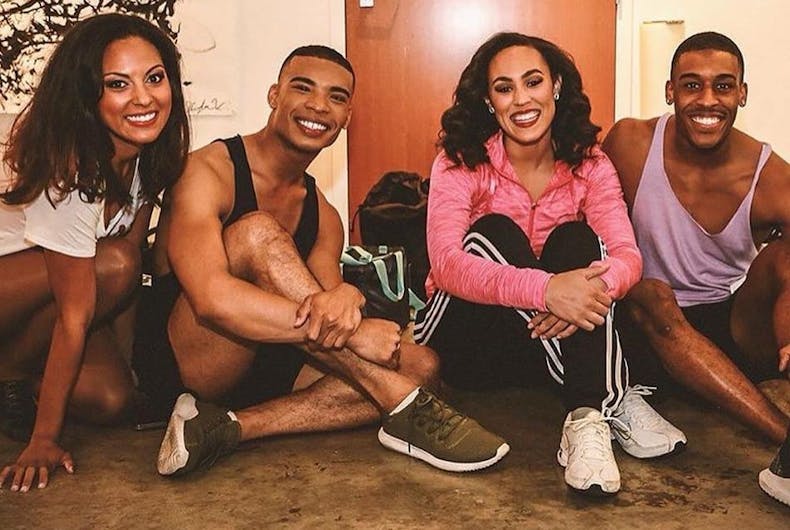 Quinton Peron and Napoleon Jinnies are the newest cheerleaders for the Los Angeles RamsPhoto: Peron/Facebook

Quinton Peron and Napoleon Jinnies just made NFL history this week, and not for their skills with the pigskin.

The two got spots on the Los Angeles Rams’ cheerleading squad and became the first two cheerleaders on an NFL squad.

Both are classically trained dancers who were ready to move on to something different in their careers.

“I thought, ‘Why not me? Why can’t I do this?’” Peron said on Good Morning America.

The audition process took three weeks and involved rehearsals and interviews. The two found out this past weekend that they were among the 76 finalists for the squad, and this week they were told that they would be part of the 40-person cheerleading squad.

“I want to prove that boys can dance, too,” Peron said. “After college we’re not given a choice or a chance to do anything after. We’re, like, just told to get a 9-to-5 job and that’s it. But that doesn’t work. I am an artist, I am a creative person.”

Still can’t belive I’m one of the first males in history to be a pro NFL cheerleader! Everyone’s support and love has been insane! ? thank you and GO RAMS! @RamsNFL @LARamsCheer #LARams pic.twitter.com/srpkYiVmEI

“They really just fit the bill to be a Los Angeles Rams cheerleader,” said Emily Leibert, the captain of the Rams’ cheerleading squad. “They are intelligent, they are eloquent, they are more than qualified to be ambassadors out in the community.”

Both the Baltimore Ravens and the Indianapolis Colts have men who help their cheerleading squads with stunts, but Jinnies and Peron are the first two men who will be cheering alongside the women.

In 2014, the then-St. Louis Rams were the first NFL team to draft an openly gay man when they signed Michael Sam. 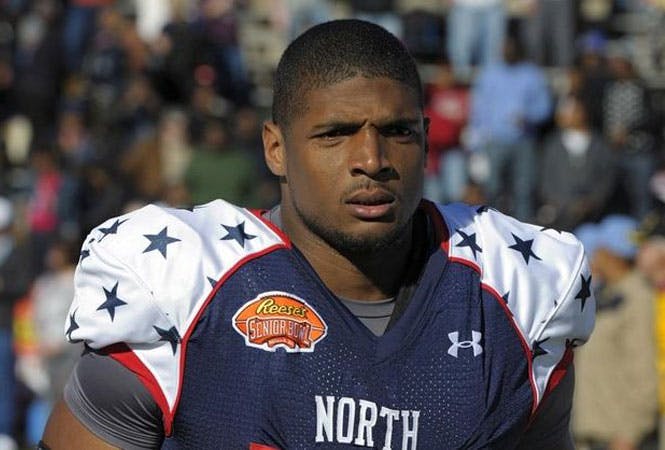 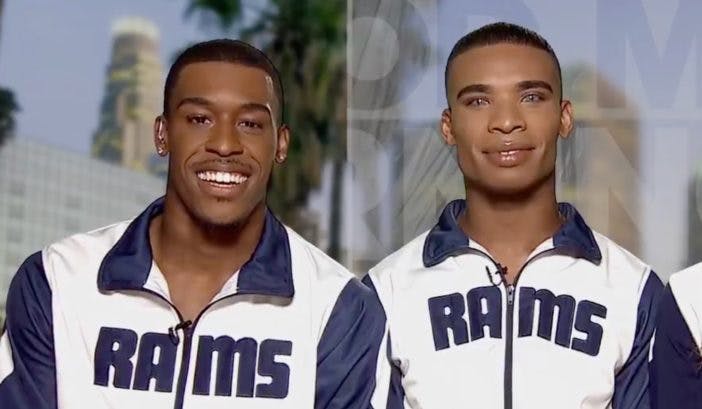 Cancel reply
The NFL just got its first male cheerleaders