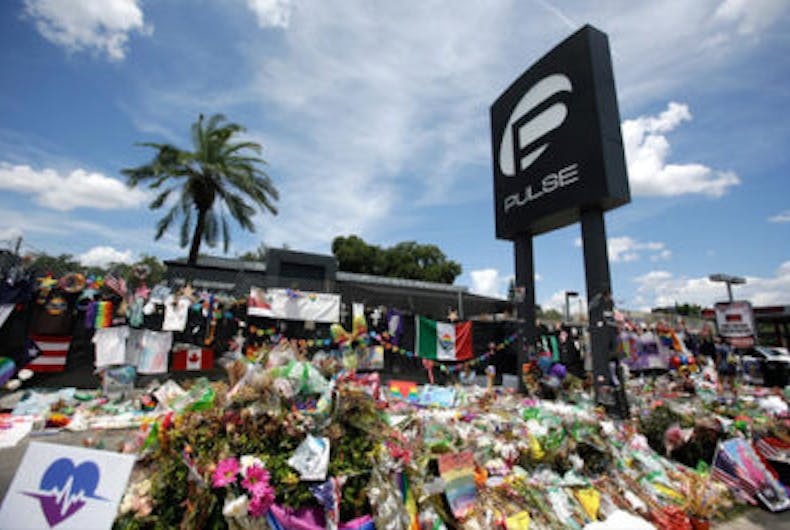 The Florida state legislature has passed a bill that raises the age for getting firearms from 18 to 21. The actual move is fairly modest, but in terms of a shift in the political power of the gun culture, it’s momentous. The change is a direct result of the activism that followed the shooting at a high school in Parkland, where former student Nikolas Cruz is alleged to have killed 17 people with an AR-15 assault rifle.

The student survivors who have been confronting politicians about their indebtedness to the NRA deserve tremendous credit for forcing a change. Their ability to organize protests in the wake of a devastating attack that took the lives of their friends is impressive.

“We’re fighting for these kids who died,” student David Hogg has said, “because they can’t fight themselves.”

As welcome as the changes are, the inevitable question is, why now? Less than two years ago, 49 people were killed in an attack on a gay nightclub in Orlando, at the time the deadliest mass shooting in U.S. history. Yet, other than an outpouring of grief and shows of support, nothing changed. Why would two tragedies in the same state, separate by just 200 miles, have such widely different impacts?

There are a number of reasons, none of which detract from the dedication of the student survivors. For one thing, a school is a different from a nightclub. For another, kids are different from adults.

The media had a major role to play in how the results were perceived as well. Television and the internet were flooded with indelible images of students fleeing the school or being led to safety with their hands over their heads.

But some Florida politicians are not afraid to say aloud that homophobia and racism made a difference in how the Pulse tragedy was viewed.

“The majority of the Pulse victims, the 49 people who lost their lives at Pulse, they were mostly LGBTQ people of color. Didn’t their lives matter? Why wasn’t the debate about gun safety important enough then?” asked state Rep. Carlos Guillermo Smith, a Democrat from Orlando. Smith lost a friend in the shooting, which claimed also claimed the lives of constituents.

“I’m calling the question over why Republican leaders are tripping over themselves right now and calling for investigations and resignations and new laws,” Smith says.

At the time of the Pulse shooting, Republicans in general resorted to the standard “thoughts and prayers” response. Donald Trump literally congratulated himself, because the Muslim gunman fit his narrative about the threat from Islam. Some Republicans tried their best to downplay–or outright deny–that the club served the LGBT community.

Florida Republican say that timing was the main reason. The state legislature was in session at the time of the Parkland shooting, so the push for new laws could be immediate. “We’re not just in session,” said State Sen. Tom Lee. “It’s an election year.”

But the fact that the Parkland students are so different from the Pulse victims hasn’t escaped State Senate Democratic Leader Oscar Braynon.

“It’s like we have two different worlds and when you look at [Marjory] Stoneman Douglas [the Parkland school] and Pulse, everyone sees the difference,” Braynon, who represents an African-American district where shootings are common, said. “Pulse was Hispanic. Pulse was LGBT — minorities, marginalized communities, lower income communities. Stoneman Douglas is in an affluent community.”

None of this diminishes the achievements of the Parkland students. For the first time, the NRA is on the defensive and is losing ground with legislators that it formerly had in its pocket.

But it does point to an ongoing issue. Not all lives are perceived as equal. And when a tragedy strikes, like Pulse, or a crime like the serial killings in Toronto, people who have been marginalized in life continue to be so in death.