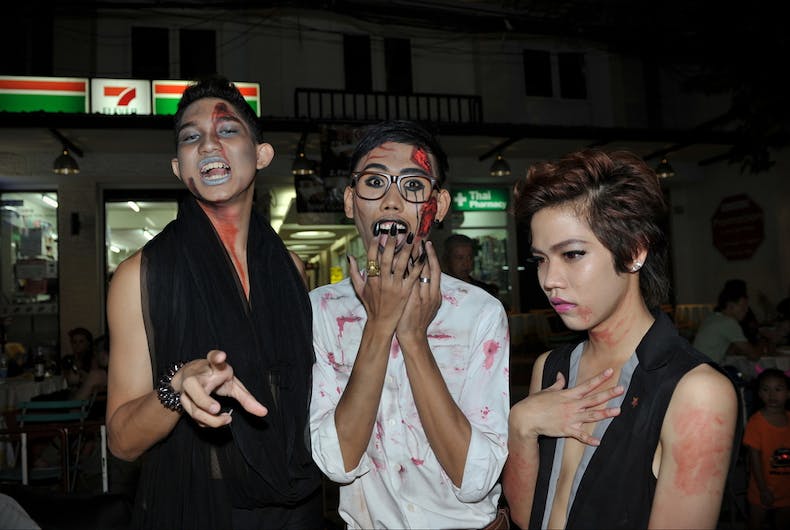 In the words of the lesbian poet and scholar Judy Grahn, Halloween is “the great gay holiday.”

Back in the day, Halloween, the night before All Hallows Day (All Saints Day), was linked to the ancient Celtic festival “Samhain” in the British Isles, meaning “summer’s end.” And because the celebration is associated with mystery, magic, superstition, witches and ghost, the festivity, not surprisingly, was limited in colonial New England because of its Puritanical belief system.

But today it’s an LGBTQ extravaganza that rivals — if not out-showcases — Pride festivals.

Long before June officially became Gay Pride Month, and October “Coming Out Month” for the LGBTQ community, Halloween was unofficially our yearly celebrated “holiday,” dating as far back at the 1970s when it was a massive annual street party in San Francisco’s Castro district.

By the 1980s, gay enclaves like Key West, West Hollywood, and Greenwich Village were holding their annual Halloween street parties. And the parades the night of Halloween did and still do draw straights and gay spectators out to watch.

Gay cultural influence on Halloween has become such an unstoppable phenomenon here and abroad that anthropologist Jerry Kugelmass of University of Florida published a book in 1994 on the new trend, titled Masked Culture, describing Halloween as an emerging gay “high holiday.”

“The ’masked culture’ first developed by the gays of San Francisco has reached across the lines of orientation — and now jumped across the boundaries between nations and languages. It’s not just a party. It’s an ideal of personal emancipation, self-expression and self-fulfillment — an ideal that loses none of its power when it takes the form of a sexy nurse’s outfit,” CNN contributor David Frum wrote last year in “Halloween craze started in gay culture.”

Nicholas Rogers, author of Halloween: From Pagan Ritual to Party Night, points out that while Halloween is enjoyed by everyone, “it has been the gay community that has most flamboyantly exploited Halloween’s potential as a transgressive festival, as one that operates outside or on the margins of orthodox time, space, and hierarchy. Indeed, it is the gay community that has been arguably most responsible for Halloween’s adult rejuvenation.”

Halloween allows many LGBTQ Americans at least one night annually, Oct. 31, of safely being out and “unmasked” while remaining closeted. The community revels the entire night like there is no tomorrow, and for many there isn’t. Like its pagan roots, Halloween provided an outlet for us cross-dressing and gender-bending LGBTQ outsiders who are ostracized by mainstream society.

As Halloween flourishes as a gay cultural phenomenon, so too flourished a backlash by the fundamentalist Christians with their “Hell Houses.” And these Christians targeted our children.

Hell Houses were a contemporary form of both anti-gay bullying and witch-hunting. Created in the late 1970s by deceased fundamentalist pastor, the Reverend Jerry Falwell, they were religious alternatives to traditional haunted houses. They were tours given by evangelical churches across the country design to scare and bully people away from myriad sins. And one of those sins is homosexuality.

While the horror show has mostly died out, it still appears occasionally in far-right conservative churches like a vampire rising from the dead.

“Instead of spooking youth with ghosts and monsters, Hell House tour guides direct them through rooms where violent scenes of damnation for a variety of ’sins’ are performed, including scenes where a teenage lesbian is brought to hell after committing suicide and a gay man dying of AIDS is taunted by a demon who screams that the man will be separated from God forever in hell,” the NGLTF stated.

A study published in the Journal of Psychology stated that a strong belief in Satan is directly related to intolerance of LGBTQ people.

Religious leaders who supported Hell Houses believed that by scaring LGBTQ youth into “heterosexual” behavior they are saving their souls. However, the message that “homosexuals” are going to hell can have a deleterious impact on our youth.

But with Halloween flourishing as a gay cultural phenomenon our children, too, can joyfully go door-to-door trick-or-treating.

Our influence on culture is being acknowledged and celebrated more as we come out.

As Kwanzaa is a black holiday, and St. Patrick’s Day is an Irish holiday, maybe someday soon Halloween will be officially acknowledged as a gay holiday. 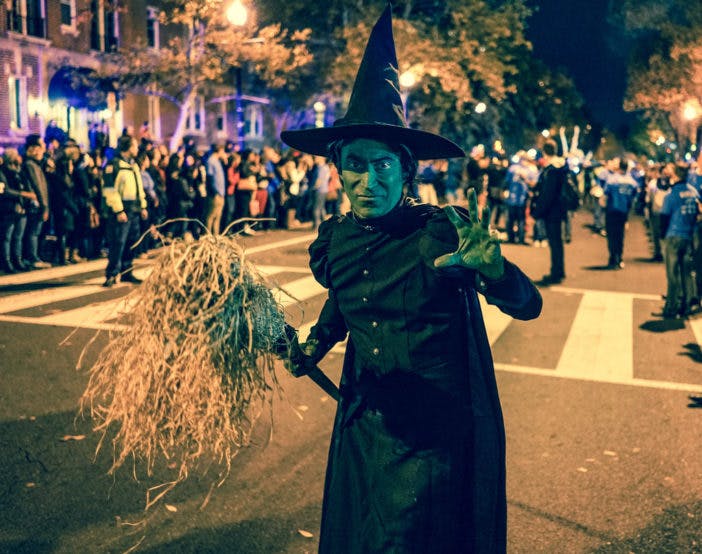