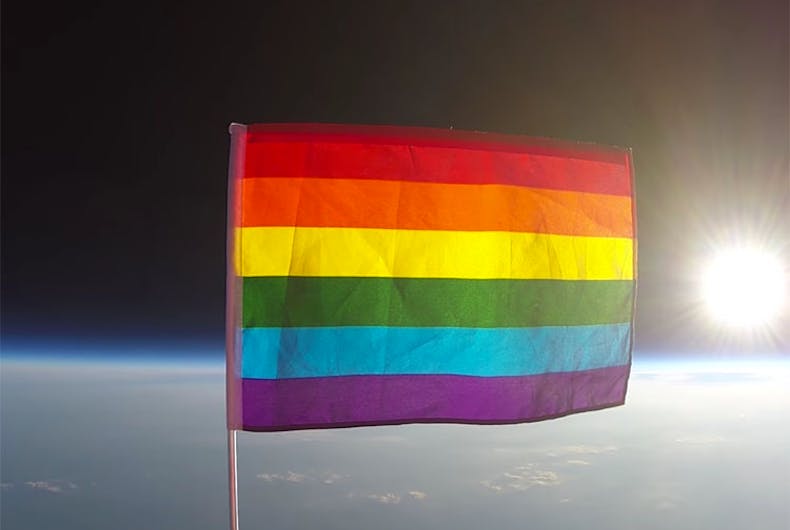 The LGBTQ rainbow pride flag, designed by Gilbert Baker in 1978, is a powerful symbol for our community, which has the power both to inspire and enrage.

2016 saw a good deal of both positive and negative stories involving the rainbow flag. Take a look back at the pride flag’s big year.

Apple announced over the summer that the iOS 10 update would include the introduction of the pride flag emoji.

“More than one hundred new and redesigned emoji characters will be available to iPhone and iPad users this fall with iOS 10,” the company wrote on its website. “This exciting update brings more gender options to existing characters, including new female athletes and professionals, adds beautiful redesigns of popular emoji, a new rainbow flag and more family options.”

After a lesbian couple’s pride flag was stolen from their porch, and their house was egged, the neighborhood made a bold statement of support. They put up dozens of flags, donated by the Rainbow Peace Flag Project. They were named among the Bostonians of the Year honorable mentions from The Boston Globe for showing what it means to live in a supportive community.

Pride flag flies high, to the edge of space

Using a high altitude balloon and a GoPro camera, Planting Peace sent the first pride flag into space. Well, technically the edge of space, but who is counting? If you are into counting, the flag made it 21 miles above the earth!

Vice President-elect has a poor record on LGBTQ rights. His new neighbors in Washington, D.C. feel differently about the issue and decided to make that apparent by hanging rainbow flag on their homes. Every day he will walk out of his home and see a symbol of equality, which probably won’t inspire him to change his ways but may at least irk him, which is fun.

A school in the neighborhood got into the act as well, but ended up taking the flag down because it was deemed “political.”

A Michigan neighborhood rallied around one of their own after she received an anonymous letter criticizing her pride flag, which featured the 50 stars of the American flag.

Buffalo Sabres goalie puts the rainbow flag on his mask

Buffalo Sabres goalie Anders Nilsson is showing his ally status by wearing the rainbow pride flag on the back of his mask.

“I have a couple friends who are gay, and life hasn’t been easy for them growing up,” Nilsson said. “It’s time that hockey starts to pay some attention to that.”

After an ally in California hung a pride flag and got a letter from her landlords telling her it was against the complex’s decoration policies, she provided evidence that they were selectively targeting her. Christmas decorations could be found everywhere, and she sent photographic evidence to management. She eventually won the right to keep her flag up through Jan 1, when they will rewrite their decor policy and enforce it equally.

After the shooting at Pulse nightclub in Orlando, Florida, which left 49 people dead and dozens more injured, a gay man in Arizona, Nano Rodriguez, decided to fly the rainbow flag at his home. His landlord soon objected, telling him he had to take it down because it might result in people targeting the tenants or property. Rodriguez refused to take it down.

This is what pandering looks like. Actions speak louder than words, and Trump’s support of anti-LGBTQ legislation, like the First Amendment Defense Act, not to mention his advisers who are similarly anti-equality, makes loud and clear that he is no ally.

Milo Yiannopoulos, Breitbart tech editor, put out a pro-Trump ad in which he warned that if Clinton were elected president the LGBTQ community would be at risk due to Islamic extremism. Yiannopoulos, who is openly gay, was banned from Twitter this year over his involvement in the bullying and harassment of Leslie Jones.

Vandals target the homes of those with Clinton signs and rainbow flags, burning them

In both Rochester, New York and in Detroit, Michigan, vandals attacked homes with Hillary Clinton campaign signs and pride flags, destroying the signs and burning the flags.

Editor’s note: The Pulse shooting victims, Vice President-elect Mike Pence and Milo Yiannopoulos are all in the running as our 2016 Person of the Year. Vote here, now through Dec. 31. 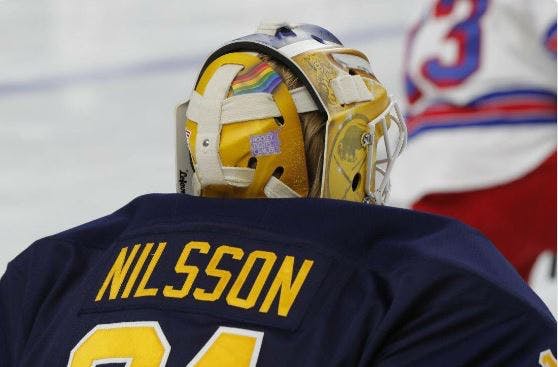