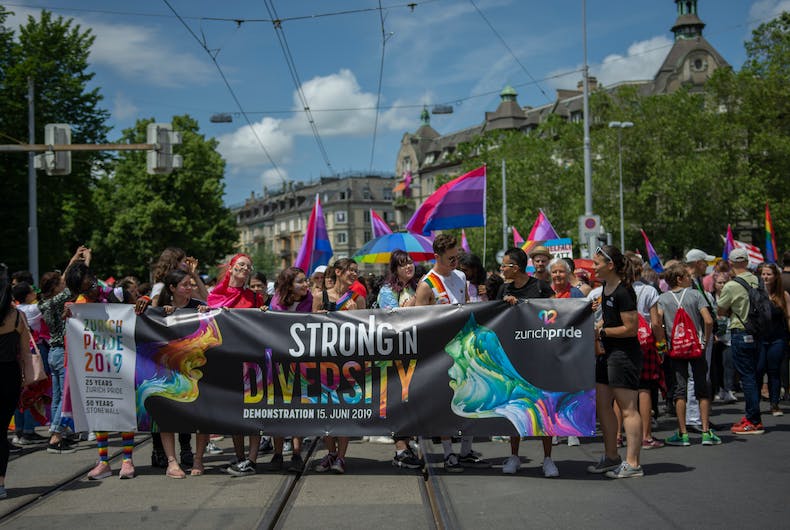 People marching in the 2019 Zurich Pride Parade in Switzerland.Photo: Shutterstock

A referendum in Switzerland passed today, officially amending homophobia to the country’s anti-racism laws as a form of discrimination. This is the first law in the country’s history to offer any kind of legal protection of lesbian, gay and bisexual people. A reported 63.1% of citizens were in favor of it.

It confirms a 2018 law passed by the country’s parliament that made public homophobia “incitement to hatred and discrimination” illegal and punishable by up to three years in prison. After opponents to the law gathered enough signatures to force a referendum, this vote finalizes its inclusion into Switzerland’s federal law.

Related: The last Chick-fil-A in the UK is shutting down after months of nonstop protest

Gender identity and trans people were not explicitly included in the amendment. Protections for transgender people were initially included, but removed by the upper chamber of Parliament because “on the basis that the criteria” for their protections “were too vague.”

While there was some opposition to the law in fear that it could lead to censorship or limitation of religious expression, a majority of Swiss leaders and political influences favored the law.

Earlier this week, Coca-Cola launched a series of ads in Swiss newspapers ahead of the referendum urging people to vote in favor of it.

According to the New York Times, people can be punished under this law for speech that “includes comments made on television, messages posted on social media, and discrimination against gay or bisexual people in public venues like restaurants or movie theaters.” It does not apply to ‘private’ speech or personal discussions.

This marks the first significant ‘protection’ of LGB people in the country, which is rated far behind other Western Europe countries in pro-LBGTQ laws. While same-sex relationships are not criminalized, same-sex marriage, adoptions by LGBTQ people, or other federal protections of LGBTQ rights are still not legalized.

The European Region of the International Lesbian, Gay, Bisexual, Trans and Intersex Association (ILGA-Europe) ranks them as 28th of 49 countries based on their protections of LGBTQ people. “An increasing number of violent incidents, primarily against gay men, were reported [in 2019]”, the group reported in their annual review of LGBTQ human rights in the region released earlier this year.

Experts on discrimination and homophobia in the region claim the law is a victory, as it will prevent speech that was previously allowed such as ‘burn the gay,’ or ‘lesbians must be raped.’ They are sure that the law recognizes the difference between discussion and ‘promoting hatred’. Interior Minister Alain Berset further clarified that jokes about LGB people are not considered hate speech, “as long as they respect human dignity.” 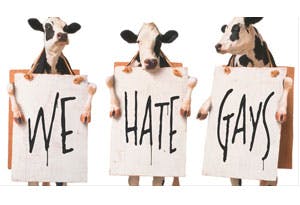