The cover of the The Sims 4 will have a same-sex couple on the cover for the first time since the life simulation game franchise was released in 2000.

EA Games, which produces The Sims 4, revealed the cover art during a livestream last week. The cover shows a bunch of Sims characters, including two women holding each other in the bottom left.

The women have profiles on EA Games’s website, and their names are Dela Ostrow and Mia Hayes.

“Her girlfriend Mia — a designer in her own right — helps keep her informed of trends outside the fashion industry.”

Mia “splits her time between freelance programmer and artist gigs.”

“Being both a bit of an introvert, and a bit of a rebel, this independence suited her outlook in life.”

“The Sims franchise has been an industry leader on LGBTQ representation and this week it crossed another milestone,” said GLAAD President Sarah Kate Ellis. “LGBTQ players have been a major part of The Sims community from the beginning, and this recognition and visibility is important and well deserved.” 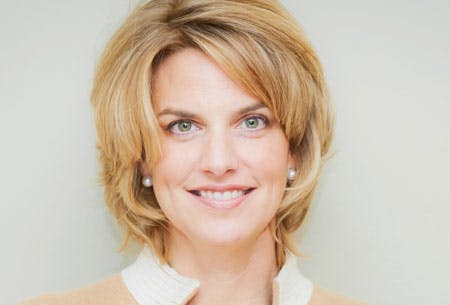 NEW YORK — The National Board of Directors of GLAAD, the nation’s LGBT media advocacy organization, on Monday announced the selection of Sarah Kate Ellis…