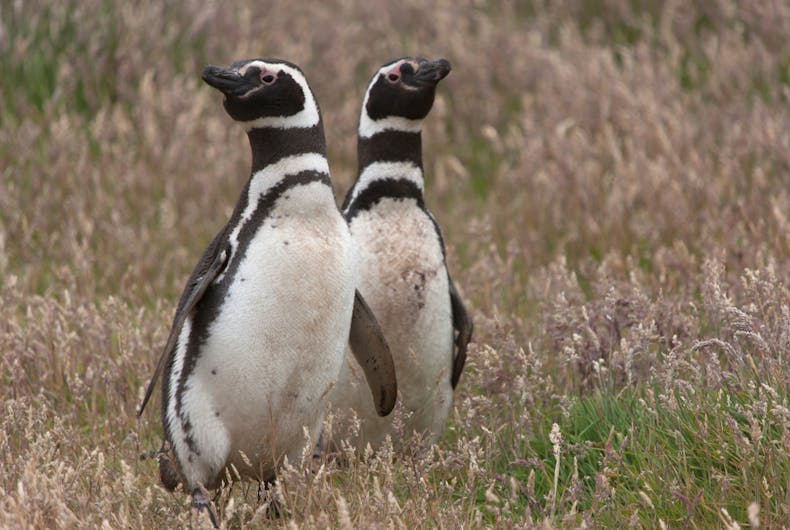 A pair of Humboldt penguinsPhoto: Shutterstock

Penguins have emerged as unexpected LGBTQ symbols, with the birds becoming foster parents from San Francisco to New Zealand — but what does a young couple do when there’s no penguin egg to adopt? For a pair of Humboldt penguins living in the Munich Zoo, you find a nice rock to raise.

During Munich’s pride week, the zoo opted to highlight the various LGBTQ animals they house, but none of those stole visitors’ hearts quite like this pair of penguins, who are spending their time trying to hatch the rock, even as the mixed sex couples in the enclosure do the same for their latest eggs.

Guenter Strauss, a biologist with the Munich Zoo, explained to the AFP that the pair of gay penguins is not all that unusual, noting that “penguins conduct homosexual relationships that can last a whole lifetime.”

The zoo presented the tour as a way of discussing LGBTQ issues in largely conservative Bavaria, where police recorded 91 separate attacks on LGBTQ people in 2018.

Related: These gay penguins had a lavish wedding better than any you’ve attended

Beyond the penguins, visitors were taught about the sexuality of a great many other animals in the zoo, including giraffes — an animal who is bisexual and for which 90% of acts that biologists have observed are homosexual — as well as lions and others.

Strauss notes that a lot of this may be a difference between animals and humans.

“Among people, we grow up with a specific sexual orientation. That’s often not true for animals,” Strauss said. “They are in fact bisexual. They adopt certain sexual behavior at specific moments.”

In spite of how common the behavior may be in animals, it is largely viewed as a taboo subject and omitted from research.

“On one expedition to the South Pole at the start of the 20th century, a doctor saw males (penguins) copulating, but he left out the pages dealing with the behavior when he published the results of his research,” explained Strauss.

The subject may not be as taboo now, but it’s still a touchy one for many. After a recent display involving gay penguins in the London Zoo, a Catholic journalist was enraged, warning that the zoo was somehow forcing homosexuality onto children who “may not be emotionally ready” for it.

Left unasked: will the pair in Munich eventually be offered a real egg to brood over and raise? 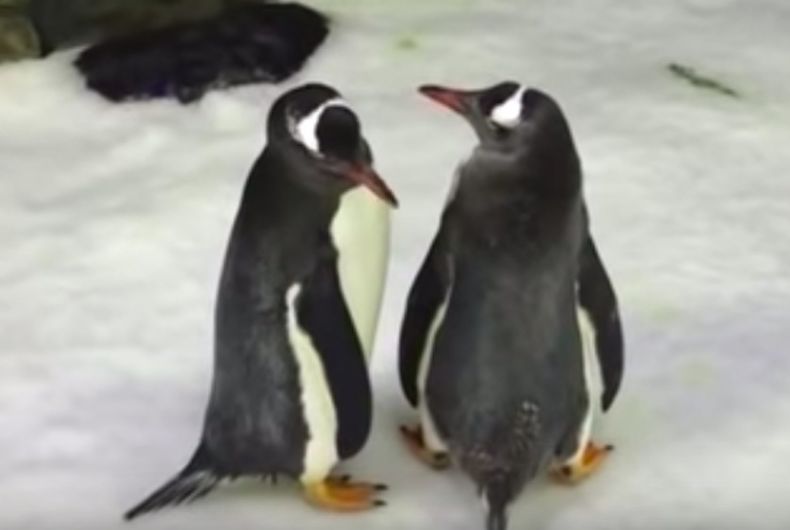 Sphen and MagicPhoto: YouTube screencapture Sphen and Magic, the gay penguin couple from Australia that captured the world’s heart, are at it again. The two…

Cancel reply
These gay penguins don’t have an egg to raise. So, they’re doing something different.