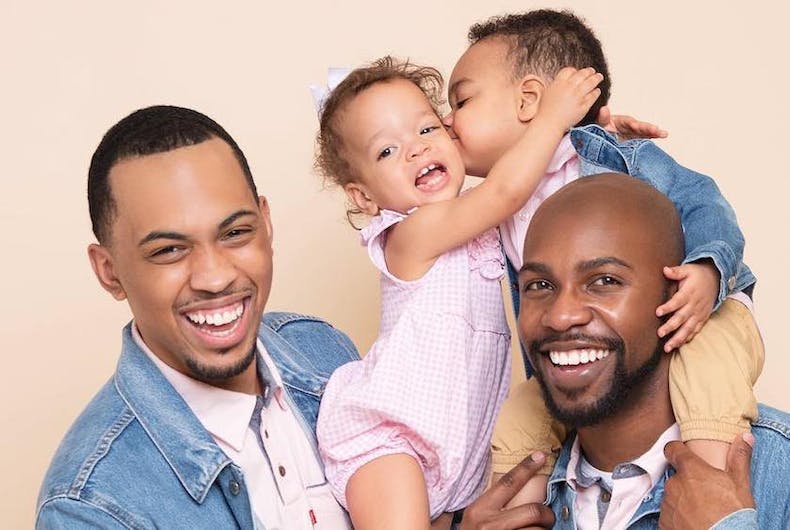 Atlanta-based Instagram influencers Terrell and Jarius Joseph and their two children, Aria and Ashton, recently appeared on the Paramount Network’s reality TV series Wife Swap. The Josephs were the first-ever black same-sex couple to appear on the show in which two couples briefly switch partners to see what they learn.

While at the Josephs’ house, Nina assumed the same-sex family wasn’t religious, but the couple actually is.

Jarius felt like Nina simply assumed his family wouldn’t be religious because he’s gay. After Nina leads a terse impromptu devotional about “judge lest not ye be judged,” Jarius point-blank asks Nina, “Do you feel like being gay is a sin?”

Nina responds, “I feel like the Bible does tell us that being gay is a sin.”

Jarius then tells her that while the Bible and various Christians say others shouldn’t judge, many Christian churches actively discriminate against gay people. In fact, Jarius once considered leaving a church where he didn’t feel welcome.

Here’s the moment in which Nina and Jarius discuss whether being gay is a sin:

Nina eventually says, “How is it okay for me to tell someone you’re not worthy of my love because you love a person of the same sex? That doesn’t seem fair to me.”

The same-sex couple later told the website Gays with Kids, “It was tough to face some of the hot-button issues; especially sexual orientation. However, it was a conversation that was needed so we can show the world how it affects us as a community. We understand that growth is sometimes uncomfortable but it is necessary nonetheless.”