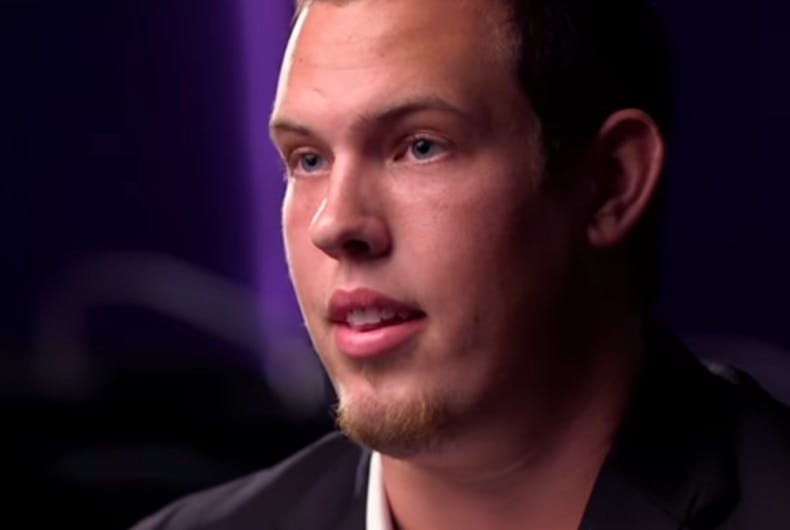 Kansas State University football player Scott Frantz talked to ESPN about coming out as gay to his team during a team-building exercise.

“I came out to my teammates, and I’ve never felt so loved and so accepted ever in my life than when I did that,” Frantz said.

He said that he knew that he was gay since he was in the fifth grade but that it took him years to accept himself. “I struggled with who I am. I didn’t think anyone could love me. I didn’t think that they could accept me. I was afraid of who I was. I was angry with who I was.”

In 2015, coach Bill Snyder brought a motivational speaker to talk to the team, and the speaker encouraged the players to divulge secrets about themselves that they never told anyone else.

Frantz told ESPN, “So the very first time I said those words were in front of, you know, 110, 120 football guys. So you can imagine how scared I was.”

When he came out, he was embraced by his teammates with open arms. “Ever since then it’s been great. I’ve grown so much closer to my teammates since. So it’s been an amazing experience.”