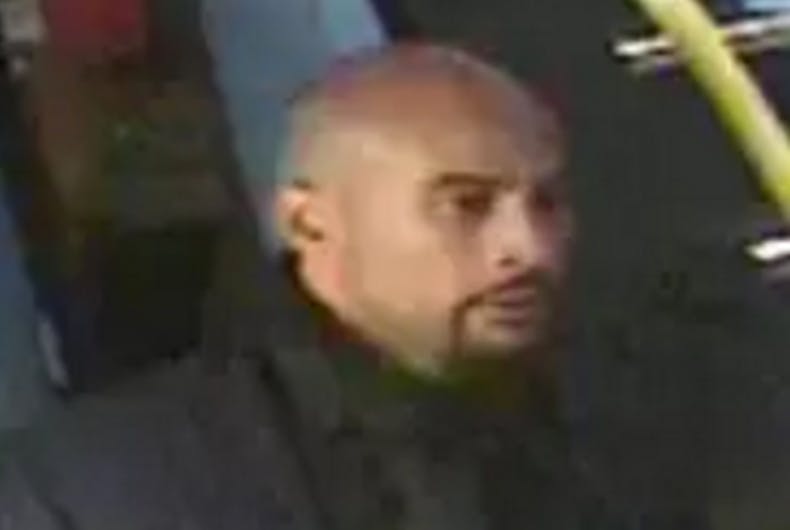 CCTV image of a suspect in a Central London homosphobic attackPhoto: Met Police

When former Grenadier Guardsman Lee Wardle caught the phone conversation another passenger on his bus home from work was having on the 25th of March, he decided it was time to intervene.

The other rider was in the midst of a “really loud, obnoxious conversation using a lot of homophobic language,” said Wardle told the Evening Standard.

Wardle is gay, and works at the Halfway To Heaven gay bar in Central London.

“The man was talking about having been to a gay club or bar, but he seemed to have gone there ‘with the view to pick up women,’” said Wardle.

“I think he said faggots should be killed. It was very distressing language,” he added.

Wardle asked the caller to stop, which caused the other man to try to strike him. The man also attacked others on the bus. One victim – a gay man – was repeatedly struck and knocked unconscious.

The Metropolitan Police are actively seeking the suspect in this assault. He is described as black man with a shaved head and goatee beard wearing a smart blue suit, black shoes and grey scarf.

Even though Wardle stood up when others did not, he still wishes he could have done more to intervene.

“My pride is hurt more than anything else. The fact that I could have done more to prevent the other victim getting injured will stay with me for a while, said Wardle on Facebook.

“But hear this…,” he added. “I will not have my life dictated to by a prehistoric Cunt who should never be given any sort of soap box to spout his filthy bile.”

“I will NEVER back down to these parasites and will ALWAYS fight back.”

Cancel reply
This guy started attacking people on a bus. A gay Army veteran stopped him.