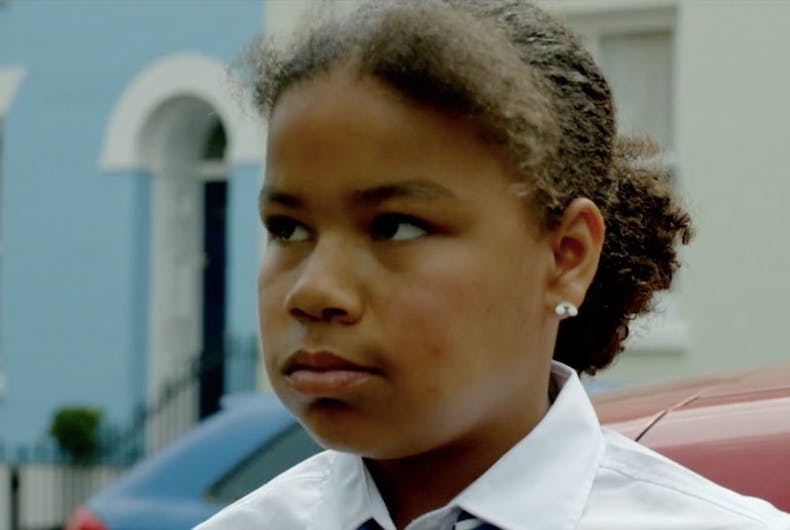 In observance of the November 20th Trans Day of Remembrance, trans actor, director and activist Jake Graf has collaborated with Mermaids and GIRES — two U.K.-based advocacy groups for trans and gender nonconforming youth — to create “Listen,” a five-minute short film featuring young trans actors discussing the challenges they face at home, school and in their personal lives.

The film’s actors are between ages 11 and 15 and have all personally experienced discrimination. “Listen” reflects their experiences, emphasizing the need to hear and support them, especially when they’re silent.

In the film, one girl listens as her parents argue about who caused her gender identity; one girl gets abandoned by her boyfriend and mocked by his pals; another boy starves himself, too scared to eat in fear of the mockery he’ll face in the bathroom; another teen cries in front of the mirror, scared at how their body will change without hormone blockers.

Graf, the film’s writer and director (a trans man himself), said, “As a transgender man who grew up feeling lost, scared and unheard, I am more than aware of the damage that can be done to trans children when they are not listened to during their all-important formative years.”

He continued, “When school life is also difficult, it can often feel like there is nowhere to turn. Trans kids are constantly in media, doubted and vilified in equal measures, and it was really important to me that they were just seen as the children that they are, as deserving of kindness and respect as anyone else.”

In addition to being the film’s director, Graf is also an actor recently starred in Colette, a film about a 20th century French woman battling her husband for credit over her literary achievements.

Graf says the increase of trans visibility in media has also spurred a backlash against trans rights.

“Trans children are attacked so frequently that most feel powerless to stand up and be heard,” Graf says. “We hope this film gives a voice to all transgender children and begins much needed conversations about positive progress.”

Susie Green, CEO of Mermaids CEO, added that she and the film’s other associates hope it’ll be used as a resource by schools and other organizations looking to positive affect the lives of young trans people.