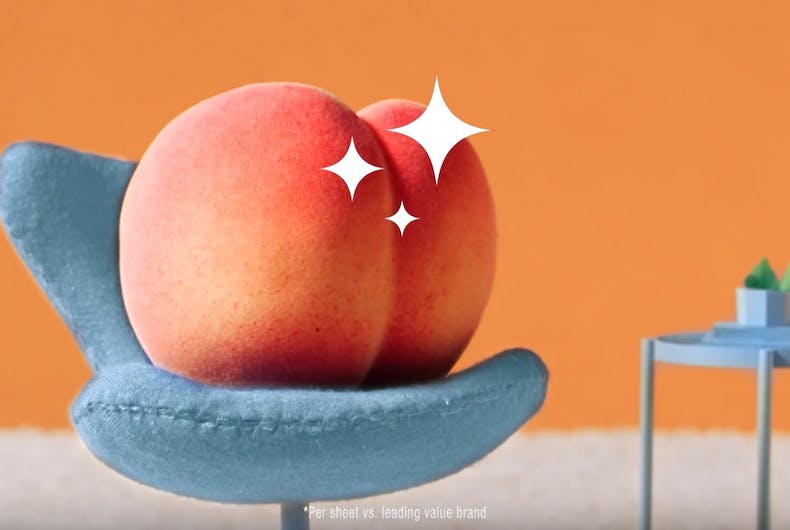 A new Cottonelle commercial has conservatives in an uproar and the toilet paper company isn’t taking their crapPhoto: Screenshot

A strange new Cottonelle commercial that includes a surprise gay twist has conservatives crapping themselves with outrage.

Called “Meet his parents,” the spot has been aired hundreds of times since its debut and the usual suspects are morally outraged. The ad also has a straight version. You’ll be shocked to find out it has aired frequently on the Lifetime channel.

The ads encourage viewers to use their toilet paper before “meeting his parents” for the first time. It’s unclear how many parents meet their children’s date for the first time and inspect their butts for cleanliness, but here we are. It’s 2019. Times have changed apparently.

Christian conservatives, however, aren’t worried about personal boundaries. They’re sure it means the End Times are nigh because gay men are shown on TV and butts are mentioned and OMG gay men plus butts equals Sodom and Gomorra and hellfire and damnation. Or something.

“We further progress down the road to destruction,” one Christian site proclaims about the ad. And Twitter users were also showing their derriers – but Cottonelle wasn’t about to stand for that shit. They just kept copy and pasting the basic same response to their online critics.

“Here at Cottonelle Brand, diversity is embraced in all aspects and we are proud to share a commercial that is representative of that.”

“Thank you for reaching out.”

Being clean impacts everyone, and it’s an important step to feeling your best. Here at Cottonelle Brand, diversity is embraced in all aspects and we are proud to share a commercial that is representative of that. Thank you for reaching out.

Hi Kenny, thanks for reaching out. No matter a person’s orientation, gender, or anything else, being clean impacts everyone. Here at Cottonelle Brand, diversity is embraced in all aspects and we are proud to share a commercial that is representative of that.