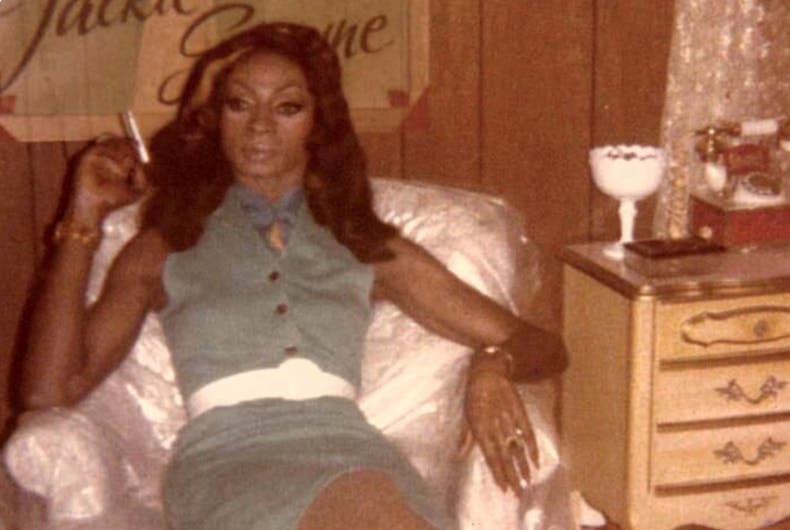 Transgender soul singer Jackie Shane transitioned in the public eye during the 60s. And now she may add a Grammy to her accolades.Photo: No67

If ever an artist was ahead of their time, it was Jackie Shane. Before there was RuPaul or even Sylvester, there was Jackie Shane, a transgender woman and soul music performer who broke boundaries in the 1960s.

Her first full-length album, a two-disc set titled after her hit single “Any Other Way,” was released in October 2017 and is nominated for a Best Historical Album Grammy Award.

Shane’s story began in Nashville, where she was born in 1940 and where she got her start in music. She moved north to escape the South’s Jim Crow laws and ended up on Montreal, Quebec.

Saxophonist Herbert Whitaker invited Shane, still presenting as a man at the time, to watch the popular band Frank Motley and his Motley Crew. Invited to join the group onstage, Shane performed songs by Ray Charles and Bobby “Blue” Bland.

Shane soon became the band’s lead vocalist and relocated with them to Toronto in 1961. She released her first single, a cover of “Money (That’s What I Want)” in 1962, and followed up that same year with “Any Other Way.”

Throughout her career, Shane was written about as a man who frequently performed in flamboyant outfits that were either androgynous or suggested femininity.

“I would travel with about 20 trunks. Show business is glamour. When you walk out there, people should say, ‘Whoa! I like that!’ When I walk out onstage, I’m the show,” Shane said in an interview decades later.

It wasn’t until her rediscovery in 2017 that her identity as a trans woman was confirmed in the media.

Shane, however, maintains that she always knew who she was.

“I started dressing (as a female) when I was five,” Shane said. “And they wondered how I could keep the high heels on with my feet so much smaller than the shoe. I would press forward and would, just like Mae West, throw myself from side to side. What I am simply saying is I could be no one else.”

By the time she was 13, Shane identified as a woman in a man’s body and had her mother’s unconditional support.

After years touring with the Motley Crew, recording in New York, returning to Nashville for television appearances, and moving to Los Angeles to live and work, Shane faded from the spotlight after 1970-71 as she took care of her mother.

She also felt exhausted from the pace of performing.

“I needed to step back from it,” Shane said. “Every night, two or three shows and concerts. I just felt I needed a break from it.”

Shane returned to Nashville after her mother’s death in 1996.

In 2010, an audio documentary produced by the Canadian Broadcasting Company revived interest in Shane’s trailblazing career. In 2014, the archival record label Numero Group reached out to Shane, and eventually got her to agree to work with them to release the album of her live and studio recordings.

Shane led a very private life after her departure from show business. No one who worked on the album has met her in person, and she agreed only to talk on the phone. But she realized after the CBC documentary that she couldn’t hide any longer, as news outlets began calling and her old pictures turned up in magazines and newspapers.

“I had been discovered,” Shane told The Associated Press in a recent phone interview. “It wasn’t what I wanted, but I felt good about it. After such a long time, people still cared. And now those people who are just discovering me, it’s just overwhelming.”

Will Shane, now 78, make a return to the spotlight? Her public will have to wait and see.

Her records nomination in the best historical album category goes to the producers and engineers. Shane herself is not nominated, but producer Douglas McGowan has invited Shane to join him at the February 10 ceremony in Los Angeles as his guest.

“It’s like my grandmamma would say, ‘Good things come to those who wait,’” Shane said.

“All of the sudden it’s like people are saying, ‘Thank you, Jackie, for being out there and speaking when no one else did.’ No matter whether I initiated it or not, and I did not, this was the way that fate wanted it to be.” 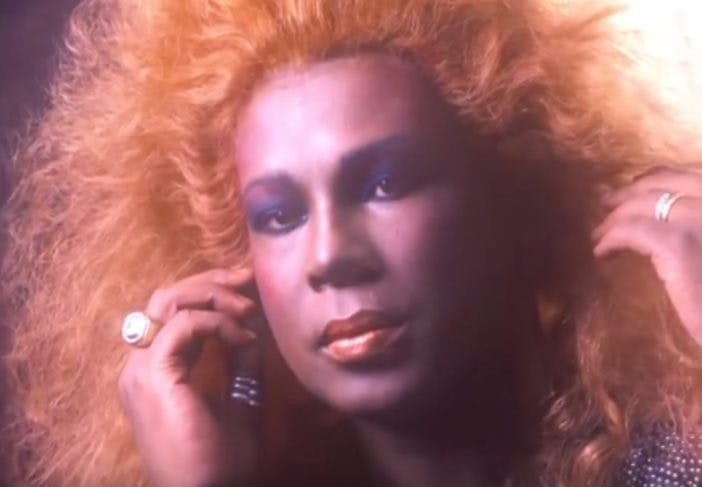 As stars go, they don’t come much bigger or shine much brighter than Sylvester. Born Sylvester James Jr, in Los Angeles in 1947, he grew…