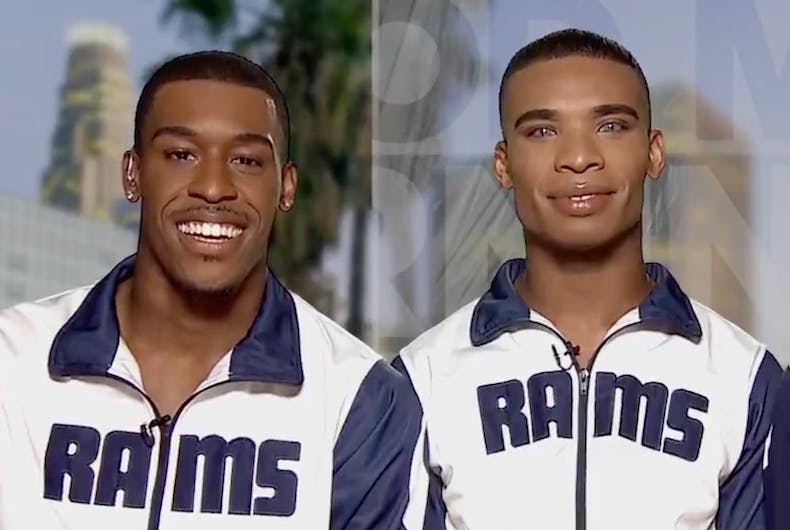 This year’s Super Bowl will be the first to feature male cheerleaders.

Quinton Peron and Napoleon Jinnies made NFL history last year when they were accepted to the Los Angeles Rams cheerleading squad.

Earlier this week, the Rams got a spot at the Super Bowl, which means that their cheerleaders will be performing there as well.

Jinnies and Peron cheered the news on Twitter, as is their wont.

2018 first male cheerleaders in the NFL

Related: These NFL teams just became the first to sponsor a pride celebration

Jinnies and Peron are trained dancers who went through the auditions to be Rams cheerleaders last year.

“I want to prove that boys can dance, too,” Peron said at the time.

“After college we’re not given a choice or a chance to do anything after. We’re, like, just told to get a 9-to-5 job and that’s it. But that doesn’t work. I am an artist, I am a creative person.” 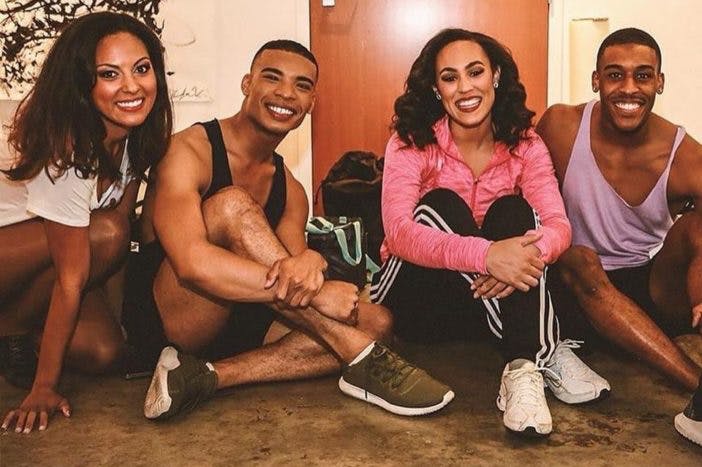