MSNBC anchor wants you to know he’s very sorry he hosted the Miss Universe pageant in Moscow in 2013. The beauty pageant was owned by Donald Trump at the time.

Trump’s Russian connections have consumed his presidency as evidence mounts of his murky ties to oligarchs and strongman Vladimir Putin. Trump’s Russian escapades – including allegations that video exists of a prostitute urinating on his hotel bed – were revealed in a dossier created by a former British spy.

“In 2013, when I was working for NBC, I traveled to Russia with the president. He wasn’t the president then, he was just Donald Trump from ‘Celebrity Apprentice’ owning Miss Universe,” Roberts said as he accepted HRC’s Leadership & Visibility Award at its Maryland Summit.

Roberts made $25,000 for promoting Donald Trump and Russia, but announced on stage that he’ll use the money in a way no one expected.

The openly gay anchor stirred controversy at the time due to Russia’s anti-gay “propaganda” law, which prohibits distribution of any information with the “intention” of persuading minors that nontraditional sexual relationships are “attractive” or “interesting,” or even “socially equivalent to traditional relationships.”

Bravo’s Andy Cohen, also openly gay, declined to host the pageant, stating Russia’s “discriminatory policies make it unsafe for the gays who live there and gays coming to work or visit.” He had hosted the pageant the previous two years.

“Boycotting and vilifying from the outside is too easy,” Roberts said at the time. “Rather, I choose to offer my support of the LGBT community in Russia by going to Moscow and hosting this event as a journalist, an anchor and a man who happens to be gay. Let people see I am no different than anyone else.”

“Because of all the stuff that’s come out in light of the Russians, I don’t know whose money that is,” Roberts said as he picked up his award. “So, I don’t want it.”

“And not that I believe that it’s in any way bad money, because I thought at the time I was earning it for good intent. Because I wanted to show the stories of the LGBTQ community that was under this harsh spotlight by the Russian government. That really hasn’t changed. I earned that money for good intent and I’d like to donate that money to you [HRC].” 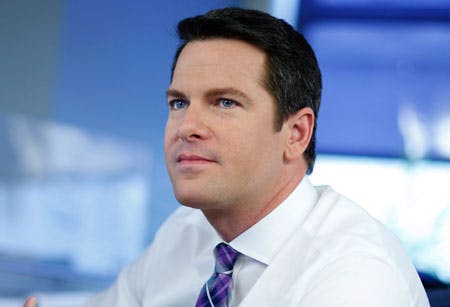 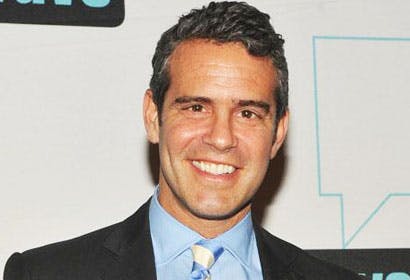 NEW YORK — Andy Cohen, an Executive Vice President at the Bravo channel and host of “Watch What Happens Live,” says he is passing on…