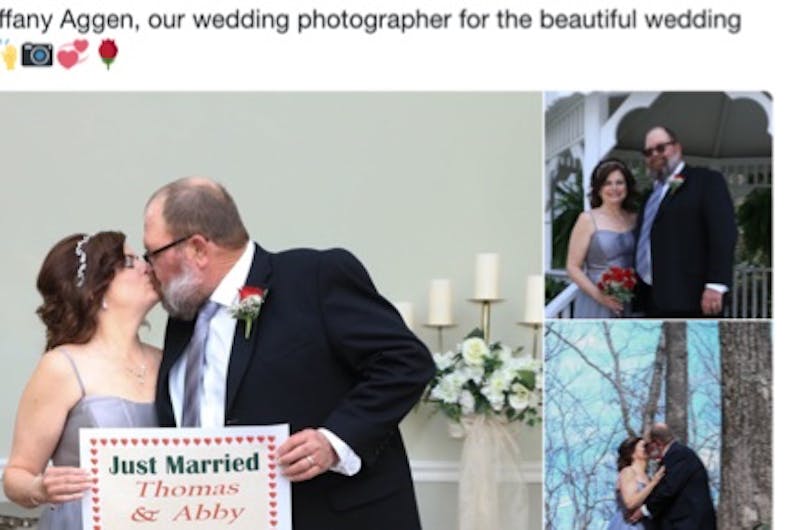 In the first episode of the rebooted Queer Eye show, the boys helped Tom Jackson get his groove back. He quickly became a fan favorite for his modesty, gentle nature, and remarkable backstory.

Tom was still in love with his ex-wife Abby and she obviously still loved him too. During the show, Tom poured his heart out and at the end of the episode it looked like they were reuniting.

A week after the show aired though, Tom broke the nation’s heart when he tweeted that it wasn’t meant to be.

I just watched my episode for about the 20th time. I cry ? like a baby ? ever time I watch it. Just to let the world ? know, Abby and I are no longer together. She will always be the love ❤️ of my life. I will always love ❤️ her more than anything!!!!!!!

But two weeks later, the emotional rollercoaster continued when the two got back together and announced the reunion officially on Twitter, as you do now.

So happy ? to say that Abby and I are reunited ? we’ve loved each other for many years and want to spend the rest of our lives together!!!!!!!! ? pic.twitter.com/gb36SXRp5c

But then came even bigger news.

It’s official, Abby and I are engaged. What a Netflix special the would be. If the Fab 5 planned and attended our wedding!!!!!!!!! pic.twitter.com/4KV4u9Rji4

Apparently some people were throwing shade, so Tom set the record straight that the breakup wasn’t recent. It’s just that no one cared before the show aired.

People have ask me if Abby came back to me because I might become well known? The answer to that question is NO. Abby and I broke up in September. I just never tweeted about it until a few weeks ago.

Not only has Tom started to shine, Abby got quite a glitter out of the deal too!

But now, the deed is done and it’s time to celebrate. The two tied the knot in late March and Tom is tweeting the news.

Abby and I got married!!!!!!!??❤️????Gatlinburg, Tennessee at Chapel at the Park?Just the two of us, an elopement wedding then a honeymoon in the mountains!⛰???Check out the article written about us in Us Weekly magazine!!!!https://t.co/F0X3Vzvfyq pic.twitter.com/yBcy4A6q18

Cancel reply
Tom & Abby from ‘Queer Eye’ got remarried. There are pictures & OMG.