Former President Donald Trump has been reduced to writing insults down on paper and begging others to tweet them since he was banned from the social media platform.

Trump wielded his accounts on Twitter as a way of insulting and bullying political rivals, tweeting attacks that would have gotten anyone else banned.

Related: Trump Jr whines about his dad’s ban from Twitter: He hasn’t been “killing homosexuals!”

Last month Twitter banned Trump in the wake of the January 6 MAGA insurrection, which was caused, in part, by Trump using social media to promote conspiracy theories involving how he believes that the 2020 election was stolen by President Joe Biden. There is no evidence of widespread voter fraud in last year’s elections, even after dozens of lawsuits, recounts, and investigations.

So Trump is at a distinct disadvantage when it comes to attacking Rep. Liz Cheney (R-WY), who was one of the few Republicans to vote in favor of impeaching Trump for the second time last January.

Cheney is facing stronger backlash from Republicans for denouncing Trump’s attempted coup than Trump is facing for instigating the attempted coup, but Trump can’t insult her on Twitter like he would have done even a month ago before he got banned from Twitter.

The Daily Beast reports that Trump “has written out insults and observations, several of them about Cheney, but with no ability to tweet them himself, he has resorted to suggesting put-downs for others to use or post on their Twitter,” according to an unnamed source “with direct knowledge of this new habit.”

One of the insults that he didn’t get to tweet is that Cheney is “totally phony” for supporting him on his policy initiatives but voting to impeach him.

He also says that Cheney “has no friends” because Republicans now dislike her for her disloyalty to the GOP but Democrats don’t really like her either because she’s conservative.

Without the ability to send these insults to his over 80 million followers – many of whom would then harass and attack the insults’ targets – they lose some of their bite.

The source said that Trump sees the Republican fight against Cheney, which could lead to her removal from her leadership position as the Chair of the House Republican Conference, is a test of his influence now that he is no longer in power. 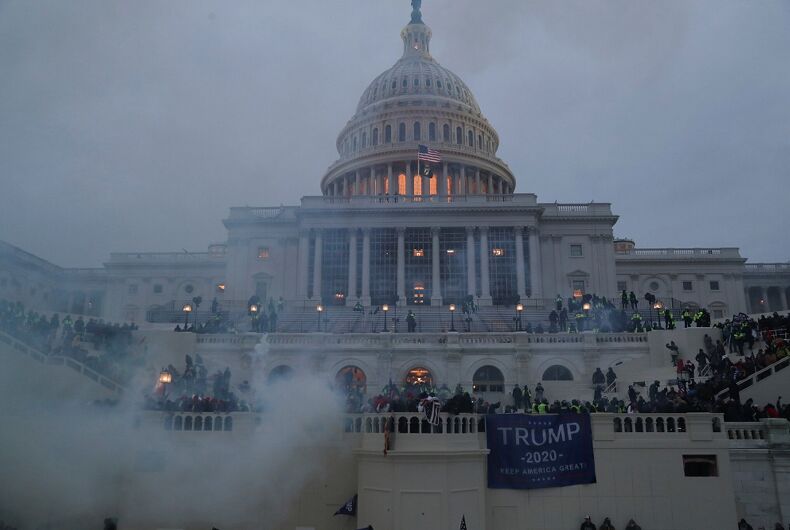 The Capitol was vandalized during the 1/6 riots.Photo: Shutterstock Registered Republicans across the nation are fleeing the party as congressional leaders continue to back former…