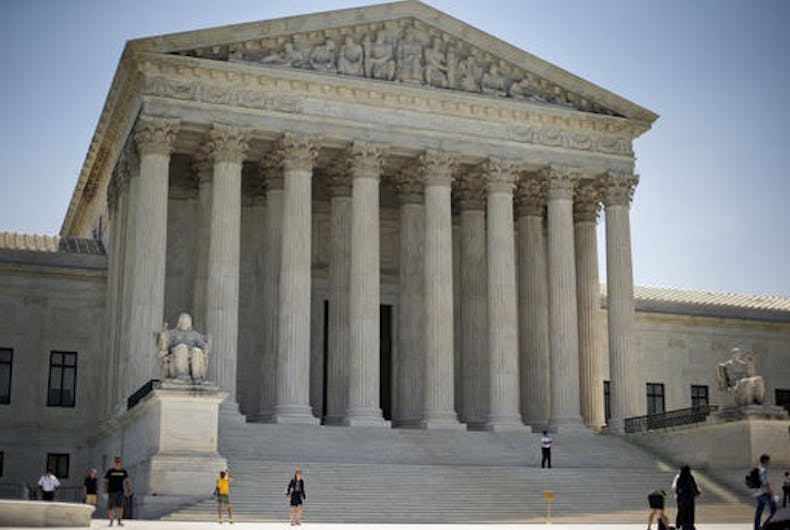 In this June 30, 2014 file photo, the Supreme Court is seen in Washington. Donald Trump will enter the Oval Office with the ability to re-establish the Supreme Court’s conservative tilt and the chance to cement it for the long term. Trump is expected to act quickly to fill one court vacancy and could choose the successor for up to three justices who will be in their 80s by the time his term ends. Photo: AP Photo/Pablo Martinez Monsivais, File

Whoever President Trump chooses to replace retiring Supreme Court Justice Anthony Kennedy is guaranteed to be a hardcore convservative. That’s not because Trump is doing the picking. It’s because he’s relying on a list of potential nominees put together by a conservative legal group, the Federalist Society, all of whom have passed a litmus test on the right’s favorite issues.

Needless to say, that litmus test includes limiting LGBTQ rights. In fact, the Federalist Society has long had an anti-LGBTQ bias.

The group was formed in the early 1980s, mostly as a venue for conservative law students. But it was quickly embraced by deep-pocketed Republican donors, like the Koch brothers, and found an academic patron in then-law professor Antonin Scalia.

By the time of George W. Bush’s presidency, the group was powerful enough to torpedo Bush’s choice of Harriet Meiers to the Supreme Court on the grounds that she wasn’t traveling in Federalist Society circles. Instead, Bush ended up choosing Samuel Alito, a Federalist Society darling.

Of course, opposition to LGBTQ rights is a cornerstone of conservative judicial activists. Scalia wasn’t the only Federalist Society leader who abhored gay issues.

A 2002 report from People for the American Way found that the three lawyers promoted by the Society as experts on LGBTQ issues were all anti-gay activists. One worked for Pat Robertson’s Regent University. Another had represented a group seeking to overturn Cincinnati’s nondiscrimination protections.

Not much has changed with time. While the Society insists that posts represent the author’s opinion, it has published articles that criticize California’s ban on conversion therapy and is full-throated in its defense of religious liberty.

Leonard Leo, the conservative Catholic who heads the Federalist Society, insists that marriage equality is a settled case but is betting big on major religious liberty exemptions. He lobbied President Trump hard for a religious liberty executive order, which Trump eventually signed.

But if Leo is trying to move beyond marriage equality, a lot of Federalist Society picks to be Trump judicial nominees are among the most viciously anti-LGBTQ activists around.

For example, Damien Schiff believes the Supreme Court should never have overturned sodomy laws. Jeff Mateer, who eventually withdrew his nomination, has openly boasted that he discriminates against LGBTQ people.

Trump can’t be bothered with the hard work of vetting his own nominees, so he’s outsourced it to the Federalist Society. Having judges on the bench for decades fulfills the organization’s wishes.

But just as importantly, Trump has confirmed that the Federalist Society will be playing a similar powerhouse role in future Republican administrations. For LGBTQ rights, that’s another part of Trump’s legacy that we’ll be suffering from for a long, long time. 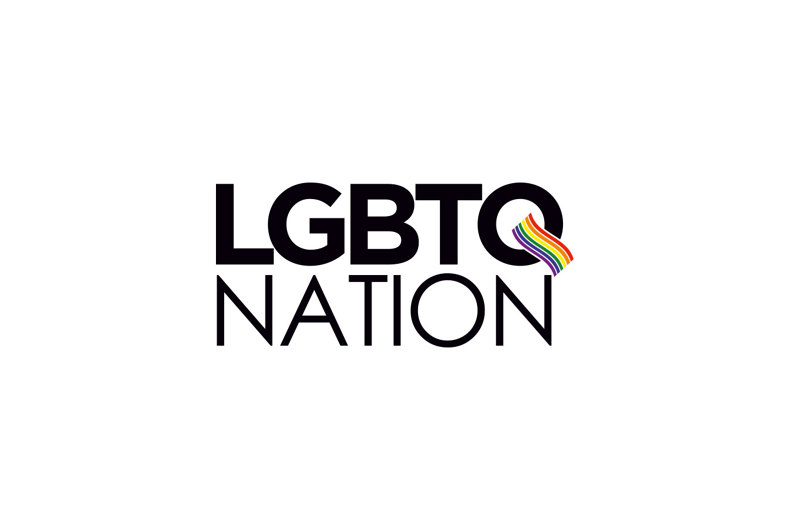