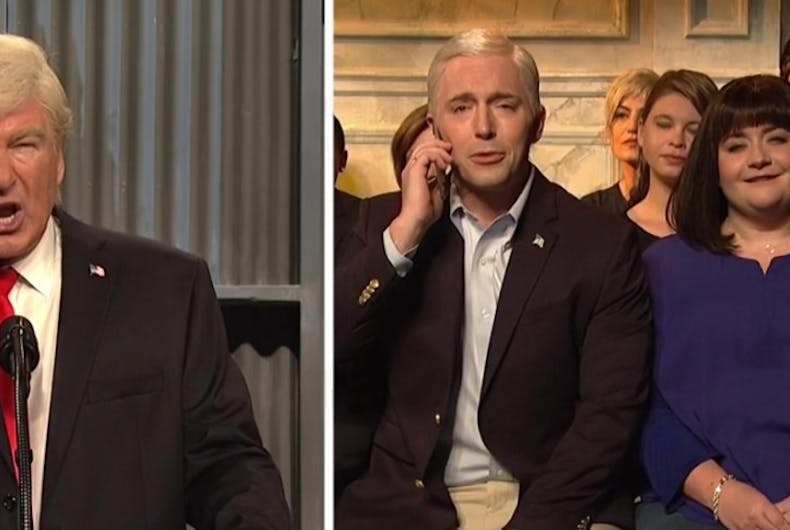 The sketch made fun of a stunt Pence and Trump pulled last week. The vice president and his wife went to a football game in Indianapolis and left when several players dropped to one knee during the national anthem. Trump later tweeted that it was his idea, and reporters who were there said they were told by Pence’s staff that he would be leaving early.

In the SNL sketch, Trump is giving a speech in “Harassburg, Pennsylvania,” which he interrupts to call Pence and tell him to leave a basketball game and then a Starbucks that isn’t celebrating Christmas in October.

Later, Pence is at a wedding and he calls Trump again. “Everything seems very respectful. I see the groom, he’s waiting patiently at the altar. And then I see—uh-oh, there’s another groom.”

Trump says, “Get out of there, Mike! I know you hate this word, but abort!” 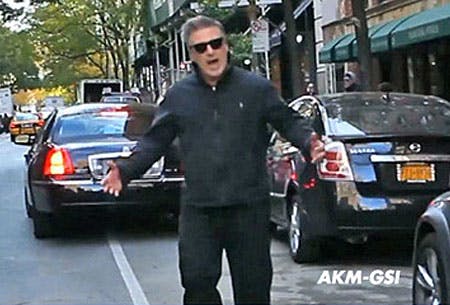