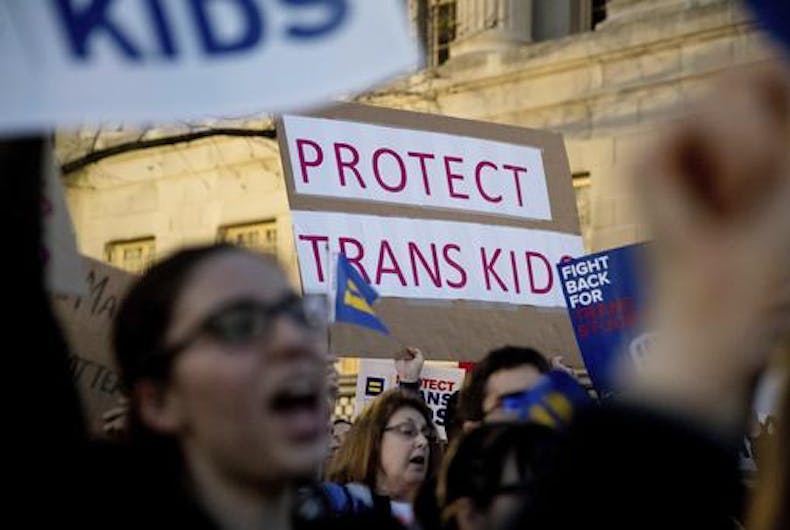 Activists and protesters with the National Center for Transgender Equality rally in front of the White House, Wednesday, Feb. 22, 2017, in Washington, after the Department of Education and the Justice Department announce plans to overturn the school guidance on protecting transgender students. (AP Photo/Andrew Harnik)Photo: AP

In the ongoing debate following the Parkland school shooting in Florida, President Trump has held many positions, most of them contradictory.

For a while, he favored raising the age for buying assault weapons and seizing weapons from potentially disturbed people without due process. Once the NRA got hold of Trump, he quickly abandoned anything like gun control and now is pushing to arm teachers.

The one consistent theme in Trump’s remarks is the need to protect students. “We must keep our children safe,” Trump said at a White House listening session with Parkland survivors.

Putting more guns in schools by arming teachers is at best a dubious solution for protecting students. (Less generously, it’s hard to imagine how more guns will lead to less gun violence.)

More to the point, Trump has already demonstrated that when it comes to school safety, he only cares about certain students. When it comes to transgender students, Trump and his adminstration have shown a callous disregard for student safety.

The administration rescinded an Obama-era policy allowing transgender students to use bathrooms and locker rooms that align with their gender identity. Moreover, the Department of Education announced that it will no longer accept discrimination complaints from transgender students. That announcement came just the week before the Parkland shootings.

The refusal to recognize transgender students’ rights creates a hostile landscape that takes a large toll on students. “Rather than focusing on their education, many students struggle for the ability to come to school and be themselves without being punished for wearing clothes or using facilities consistent with who they are,” notes the National Center for Transgender Equality.

“Together with bullying and victim-blaming, these conflicts can lead to disproportionate discipline, school pushout, and involvement in the juvenile justice system.”

So when you hear the president talk about making schools safer, keep in mind that he already had the chance. He decided against it. 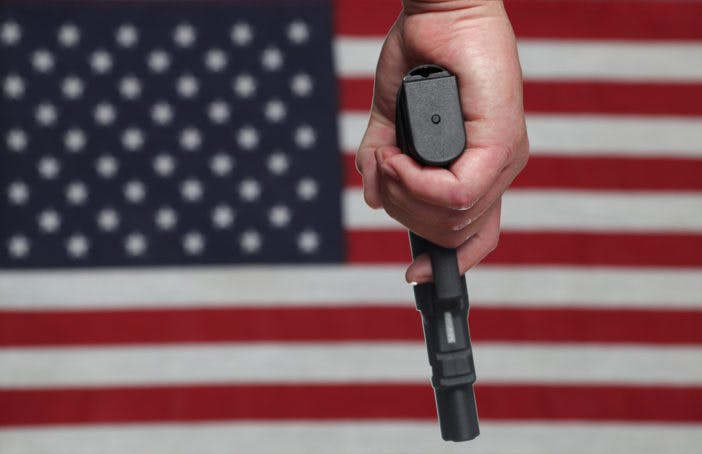