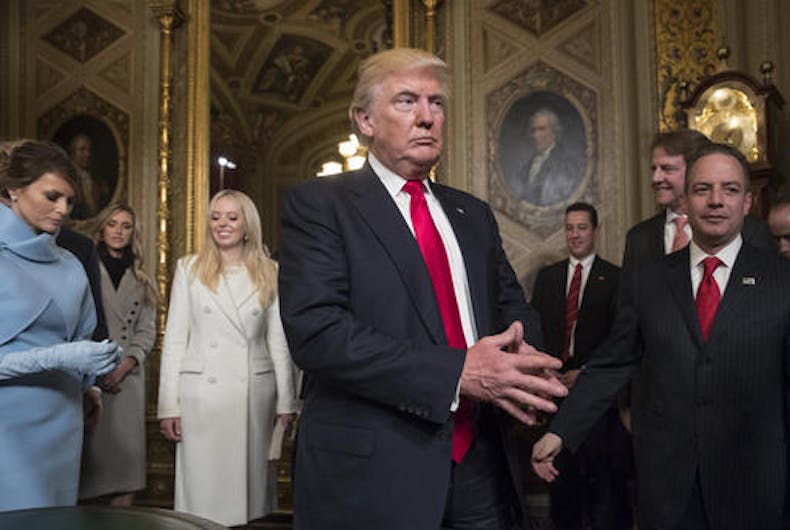 President Donald Trump leaves the President’s Room of the Senate at the Capitol after he formally signed his cabinet nominations into law, in Washington, Friday, Jan. 20, 2017. He is joined by his wife Melania Trump and and daughter Tiffany Trump. At far right is Chief of Staff Reince Priebus, with White House counsel Donald McGahn, second from right. Photo: AP Photo/J. Scott Applewhite, Pool

As I sit writing this commentary, newly-installed President Donald Trump, Vice President Mike Pence, and their families sit beneath the grandeur of the National Cathedral in Washington, D.C. for their National Inaugural Prayer Service.

One day prior, six religious clergy offered prayers and Biblical readings atop the balcony of the U.S. Capitol as Trump and Pence took turns placing their left hands on a stack of Bibles during their swearing-in ceremonies. And ending the festivities, harmonic sounds emanated from the Mormon Tabernacle Choir.

As I watched the proceedings on TV, I questioned whether I was viewing a presidential swearing-in or, rather, attending an evangelical tent revival as clergy invoked the name of Jesus at least eight times. Trump brought up “God” four times during his speech:

“…The Bible tells us, ‘how good and pleasant it is when God’s people live together in unity’…We will be protected by the great men and women of our military and law enforcement and, most importantly, we are protected by God…And, Yes, Together, We Will Make America Great Again. Thank you, God Bless You, And God Bless America.”

Not wanting to exclude Muslims, he said in usual Trump fashion, “We will reinforce old alliances and form new ones — and unite the civilized world against radical Islamic terrorism, which we will eradicate completely from the face of the Earth.”

While Trump invited more clergy to give prayer and scriptural passages at his inauguration than most Presidents-elect, his words and actions regarding the place of religion, primarily in a Christian context, was not unique. In fact, though Trump prides himself on doing things “My Way” — as reflected in his choice of song to accompany the dance with his wife at both his “Liberty” and “Freedom” Inaugural Balls – Trump follows and even extends tradition by retaining a Christian focus in certain affairs of state.

If this country stands truly dedicated to the notion of a clear separation between religion and government, why are we having, for example, religious invocations at presidential inaugurations, and for that matter, at congressional and other governmental ceremonies?

Since first erected, that Jeffersonian wall has suffered from increased battering and now barely stands as a worn and tattered ruin. Candidates and elected officials don their Christian credentials like armor to repel potential attacks on their motivations and character.

Everyone has the right to hold any, or no, religious beliefs as they consider appropriate to suit their lives. This is a basic constitutional right, and more importantly, a basic human right to which all are entitled.

But many of the framers of the United States Constitution were well aware of the dangers of entangling religion with governmental public policy and affairs. In actuality then, how “separate” are religion and government in the United States? Where is the peoples’ right of freedom from religion? 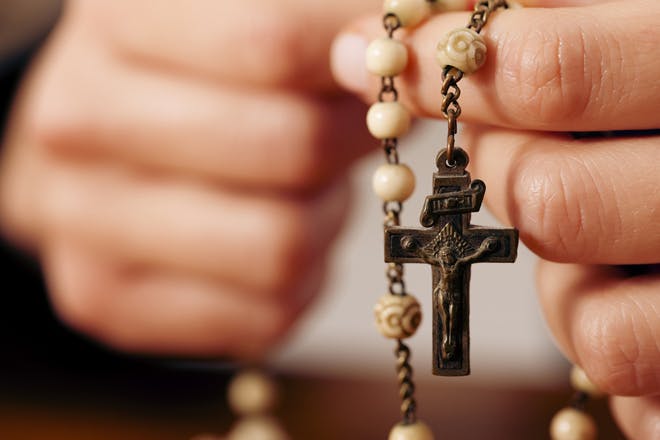