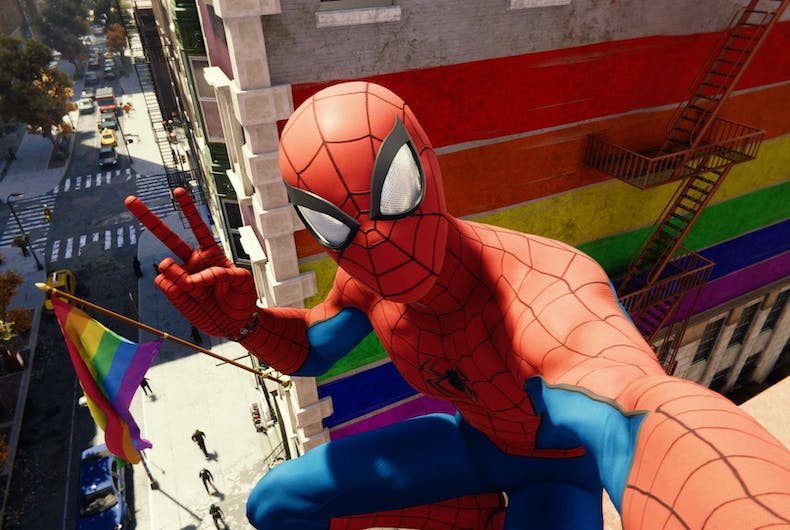 Marvel is definitely going after the pink dollar with this one!

Fans will see the pride flags during the free roaming sessions. It’s the first licensed game released by the new developer, Insomniac.

Below are screenshots featuring some of the best reactions in the Twitterverse so far.

SPIDERMAN FOR THE PLAYTATION®4 HAS A LOT OF GRAPHICS AND IS VERY INCLUSIVE OF THE LGBT GAMERS WHICH IS BASED ALSO DID YOU KNOW THAT THAT YOU CAN TAKE PICTURES INSIDE OF IT TOO THAT IS SO CRAZY!!!!! THIS GAME IS EASILY AN 10 OUT OF 10. GREAT JOB @Sony AND @insomniacgames. pic.twitter.com/WKCRAsEjtn