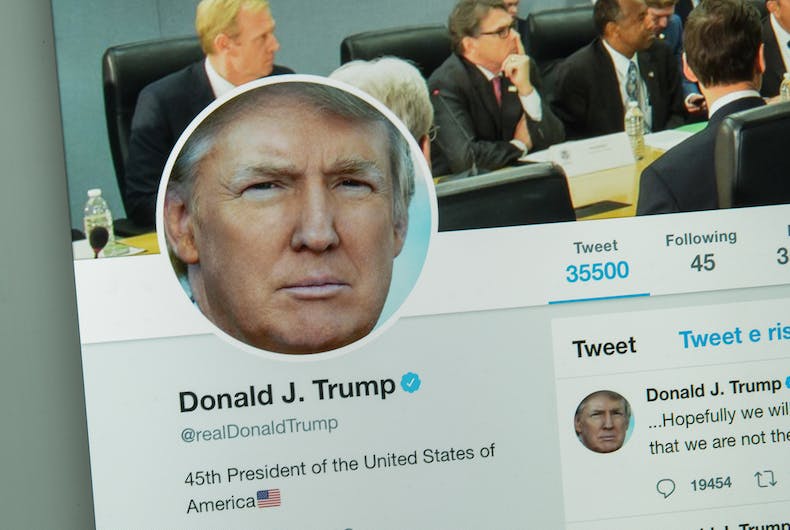 Twitter may start labeling President Donald Trump’s tweets as “offensive” if they break the platform’s terms of service.

The social media giant normally removes tweets or blocks users who violate the rules, but gives an exemption to world leaders they consider “newsworthy.”

The company says they are trying to balance the need to maintain their standards while also refraining from censoring politicians and others who are part of the national debate. Twitter has come under fire repeatedly for allowing the president to denigrate both his political opponents and average citizens, issue military threats, and further spread white nationalist propaganda.

“One of the things we’re working really closely on with our product and engineering folks is, ‘How can we label that?’” Vijaya Gadde, Twitter’s head of legal, policy and trust, said during an on-stage interview with the Washington Post. She did not specifically name Trump during the comments.

“How can we put some context around it so people are aware that that content is actually a violation of our rules and it is serving a particular purpose in remaining on the platform.”

“An example would be a direct violent threat against an individual that we wouldn’t leave on the platform because of the danger it poses to that individual,” she said.

Gadde also said the company is considering “limiting the visibility of dehumanizing tweets” by forcing users to click through a warning to view the tweet.

She said this would “force people to acknowledge what this is and make the choice of whether to see it or not versus it just being on the platform with full visibility.”