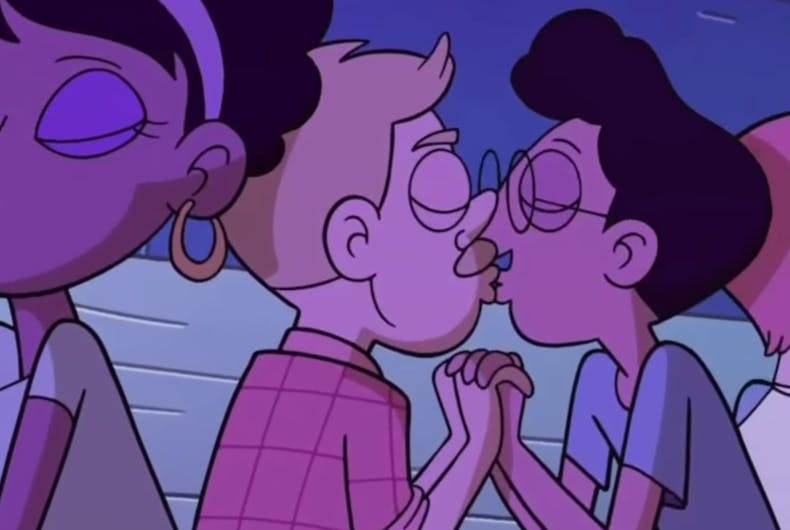 Star vs. The Forces of Evil, a Disney Channel cartoon now in its third season, featured a gay kiss without so much as a boycott by Focus on the Family.

The main character, Star, is attending a boy band concert with her main love interest and another girl. While the band sings their song “Just Friends,” Star looks at the other happy couples around her starting to kiss. One of those couples is two men, complete with facial hair to make sure they are read as men. The show does not comment on this.

The kiss is between two unnamed characters in the background at 1:26 in the video below.