Last week, Uganda’s parliament adjourned for the year without taking up the “Kill the Gays Bill.” It will not meet again until February 4.

Additionally, President Yoweri Musevenihas now said that LGBT people should not be killed or persecuted.

This is a sigh of relief for us who have been working against the bill, and especially for those who would be most impacted by the bill, LGBT Ugandan people, their friends and family, and those who care for all of society: doctors, teachers, clergy, and social workers.

But it is only a temporary respite. Many LGBT organizations are claiming “victory,” but I fear we cannot. This break is only a recess.

Business will resume as normal in February, as it has at the start of every parliamentary session since the bill was proposed in 2009, with the possibility of the bill still existing on the agenda. We have been fighting this same bill for three years now, and it continues to come back.

To claim that we “killed” the bill isn’t really honest with ourselves and with others that we want to get involved in protecting LGBT Ugandan people.

And even if the bill really is dead, that has not stopped instances of harassment and violence against Ugandans. David Kato is one recognizable name among those who has been killed, and his death was not due to the proposed law, merely under the spectre of it.

Those of us in the United States might be tempted to think that this is a problem for “those people over there”, but the roots of this law come from US anti-gay activists.

Even as the bill has stalled, reports are coming out that Pastor David Dykes of Green Acres Baptist Church in Tyler, Texas wants Ugandan leaders to pass the law, and American Christians to push for its passage. This struggle for the lives of LGBT Uganda people continues to play out in the U.S. just as much as overseas.

This is why petitions like those directed at U.S. religious leaders are just as important now as they were before parliament ended.

We want the world to know that people of faith oppose the violent imprisonment and killing of innocent LGBT people in Uganda and around the world. We urge you to still sign and share this Groundswell peition, which is urging faith leaders to speak out for LGBT safety in Uganda.

While we can breathe a sigh of relief that the bill has not yet passed in Uganda, those who support LGBT people must still watch and be vigilant. 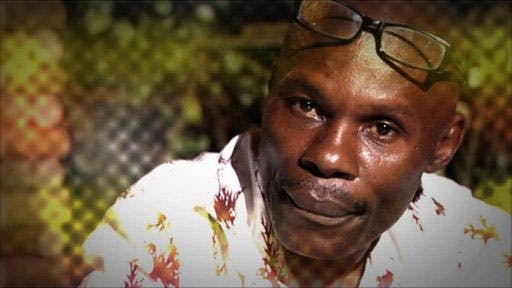 David Kato was born to the Kisule clan in its ancestral village of Nakawala, Namataba, Mukono District, in Uganda. The younger of twins, he was…