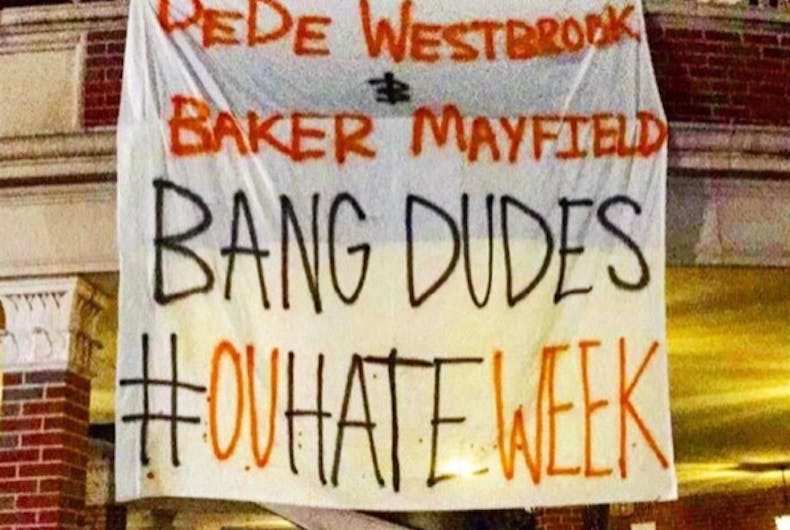 A sign draped over the Oklahoma State University student union insults a rival team’s star players by claiming they are gay.Photo: Twitter

Baker later spoke to the school’s newspaper, The Oklahoma Daily, saying “I was like wow is that offensive to Baker and Dede, then I realized it’s not offensive to them, it’s completely homophobic and offensive to the whole gay community.”.

“It’s just completely stupid. Childish, just childish. It’s laughable. It’s kind of like reality hits you. You really have hope for the world and that the world continues to grow and that people get smarter and wise and more woke, and then you realize there’s plenty of stupidity to go around in this world.”

This isn’t the first time that the Sooners quarterback has been targeted with homophobic abuse. A banner displayed at West Virginia University said “Baker Mayfield waits till the 3rd date, but at WVU we boom her sooner,” adding the hashtag “#cOcksUckers.”

A photo of the WVU banner was also first brought to light by Barstool Sports.