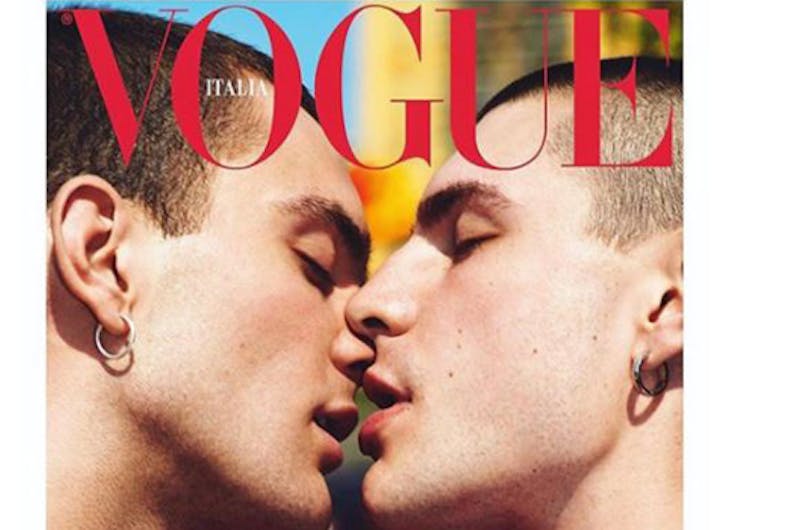 Vogue Italia has put two gay kisses on the issue of its September issue, one with two men and one with two women.

Real life couple Edoardo Velicskov and Pablo Rousson are featured locking lips on the male cover, and Lily Alridge and Vittoria Ceretti are on the other.

A third cover features an opposite sex kiss with models Maria Carla Boscono and Federico Spinas.

If the still images aren’t enough, have some video.

Visibility like this is especially important in Italy, where life can be difficult for the LGBTQ community.

A report by Rainbow Europe, part of the International Lesbian, Gay, Bisexual, Trans and Intersex Association, rated Italy as the worst country in Western Europe for LGBTQ rights.