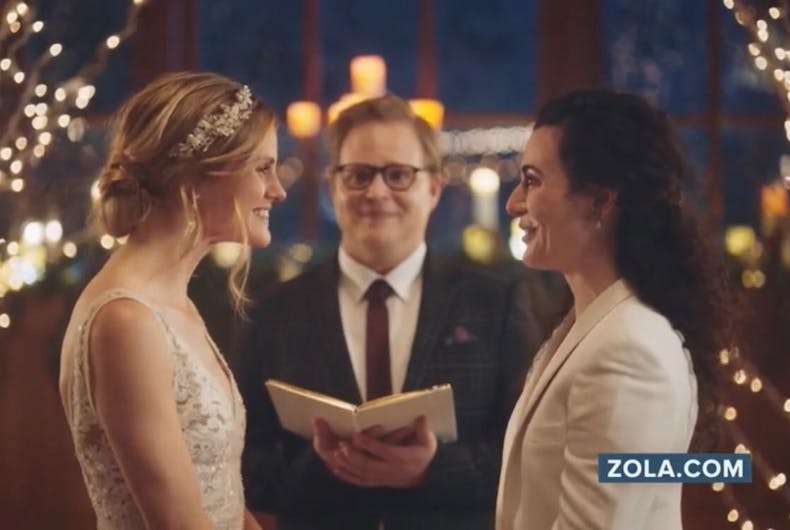 The same-sex couple featured in a promotional ad for Zola.com pulled by Hallmark Channel.Photo: Screenshot via YouTube

Hallmark Channel president and CEO Bill Abbott is stepping down less than two months after the company made headlines for pulling an advertisement featuring a same-sex couple.

The LA Times noted that Abbott’s departure comes in the wake of a period of growth for the Hallmark Channel, which, despite its bad press and increased competition from streaming services, has managed to remain successful. The channel reached 1.7 million viewers during primetime this past holiday season.

Related: Christians are outraged over a lesbian commercial that ran on the Hallmark Channel

Abbott, who has been with the company for eleven years, was responsible for the addition of Hallmark’s own streaming service, as well as a second channel called Hallmark Movies & Mysteries.

The news of Abbott’s exit was announced on Wednesday in a press release, which did not mention the same-sex ad controversy or any other reason for his departure. It instead focused on the growth that Crown Media (the Hallmark Channel’s parent company) has experienced.

“I want to thank Bill for his many years of success and contributions to Crown Media and wish him continued success,” said Mike Perry, president and CEO of Hallmark Cards, Inc.

The controversy began when the conservative American Family Association group, One Million Moms, began protesting four commercials for wedding planning website Zola that featured a lesbian wedding and kiss. The group started a petition that the Hill reported received almost 26,000 signatures. In response, Hallmark informed Zola they would be removing the ads, explaining that they “are not allowed to accept creatives that are deemed controversial.”

One Million Moms posted on its website that they had spoken to Abbott, who told them the ads “aired in error.”

This, of course, inspired tons of backlash from the LGBTQ community and allies, so much that it took only a week for Hallmark to reverse its decision and reinstate the ads.

“Our mission is rooted in helping all people connect, celebrate traditions, and be inspired to capture meaningful moments in their lives,” Perry said in a statement announcing the reversal. “Anything that detracts from this purpose is not who we are. We are truly sorry for the hurt and disappointment this has caused.”

Abbott was not quoted, and it seems he has been relatively silent on both this matter and his departure. He has not been available for comment following the announcement of his exit. 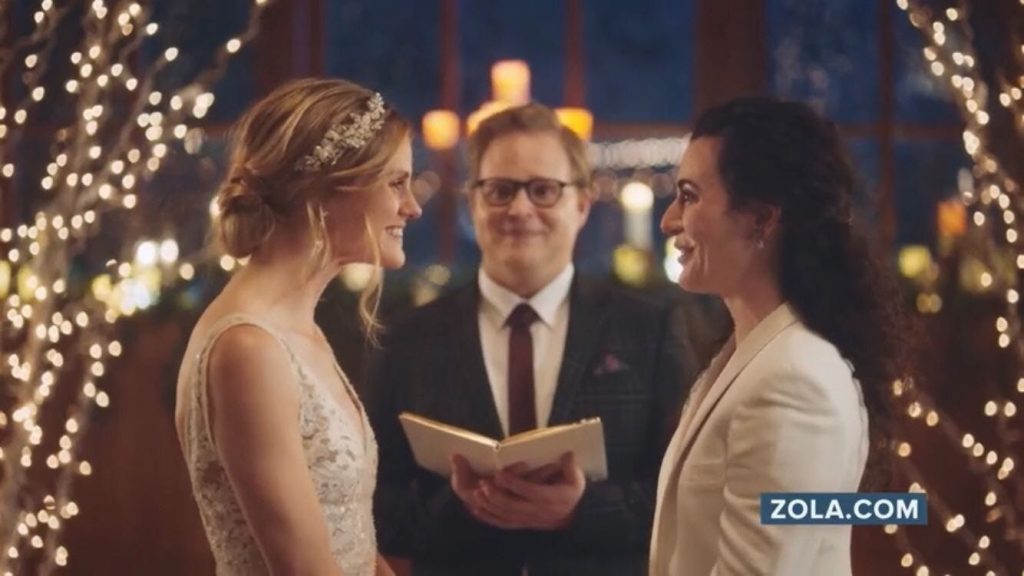 Cancel reply
Was the Hallmark Channel’s CEO fired over the lesbian commercial controversy?