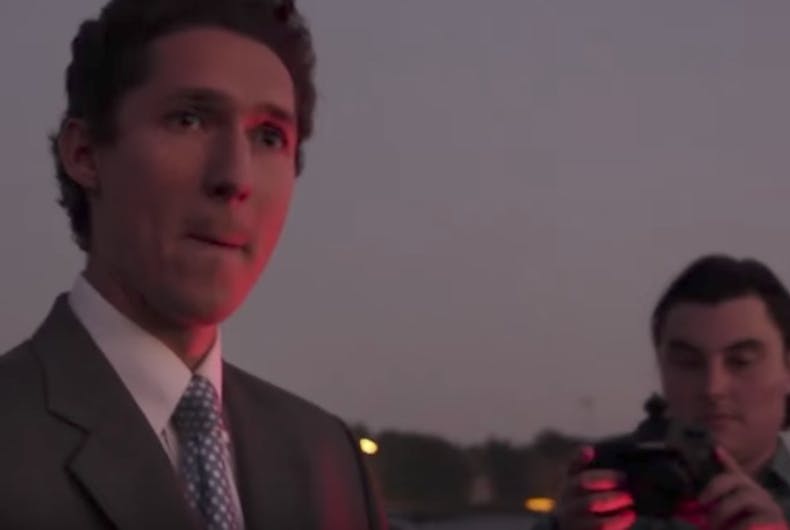 Megachurch preacher Joel Osteen is best known for preaching a version of Christianity called the “prosperity gospel,” but he wasn’t willing to share the stage with a comedian who bears an uncanny resemblance to the scamvangelist.

Michael Klimkowski and the comedy group Dabs Den infiltrated the Osteen event at The Forum in Inglewood, Texas easily as starstruck staff and followers welcomed him with open arms. While Osteen infamously closed his megachurch doors to hurricane victims earlier this year, his followers through the stadium doors wide open for Klimkowski.

All it took to get the comedian inside was several “God bless you’s” and a small posse of cameramen and a fake handler wearing headsets.

One of the members of the group later told AV Club that the man heard threatening to have them arrested at the end of the video was Osteen’s chief of security. The actual police, however, found the whole thing hilarious since they hadn’t broken any laws – they were allowed into the auditorium and were never asked to show ID or tickets.

“Especially because Mike, our ‘Joel,’ never really dropped character and kept getting approached by ‘fans’ even as we were detained,” he said.

Watch and laugh along as the group trolls Osteen and his followers with a handful of platitudes and a willingness to take an enormous amount of selfies.