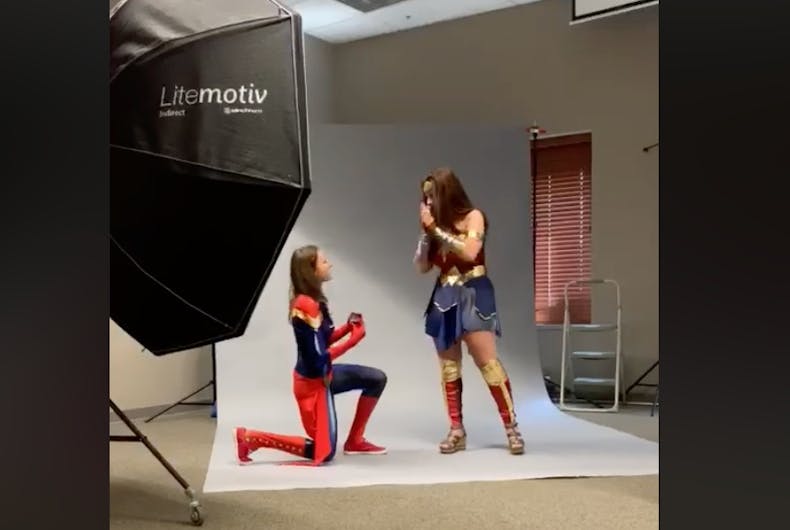 Captain Marvel and Wonder Woman may belong in different comic universes, but when they came together at the Motor City Comic Con, the two iconic characters weren’t there to fight.

Instead, Captain Marvel got down on one knee and proposed. Spoiler alert: She said yes.

When Deanna Mascia and Ashley Vansickle met, they bonded immediately over comic books. And when the Columbus, Ohio couple decided to make the trek to their first comic con, Vansickle knew she wanted to make it a special day for her superhero.

Captain Marvel spent months researching and planning her proposal and professional photographer Susan Onysko was there to capture every minute. Onysko attends the fan gatherings in every state as part of an art project she’s creating. The Michigan event was her 17th comic con, but it was a standout.

“Our whole relationship and our lives are based around comic books and superheroes,” Vansickle told the Detroit Free Press.

“She’s actually the first girl, the first anybody I told about my interest in comics,” Mascia said. “She gave me the courage to be myself.” 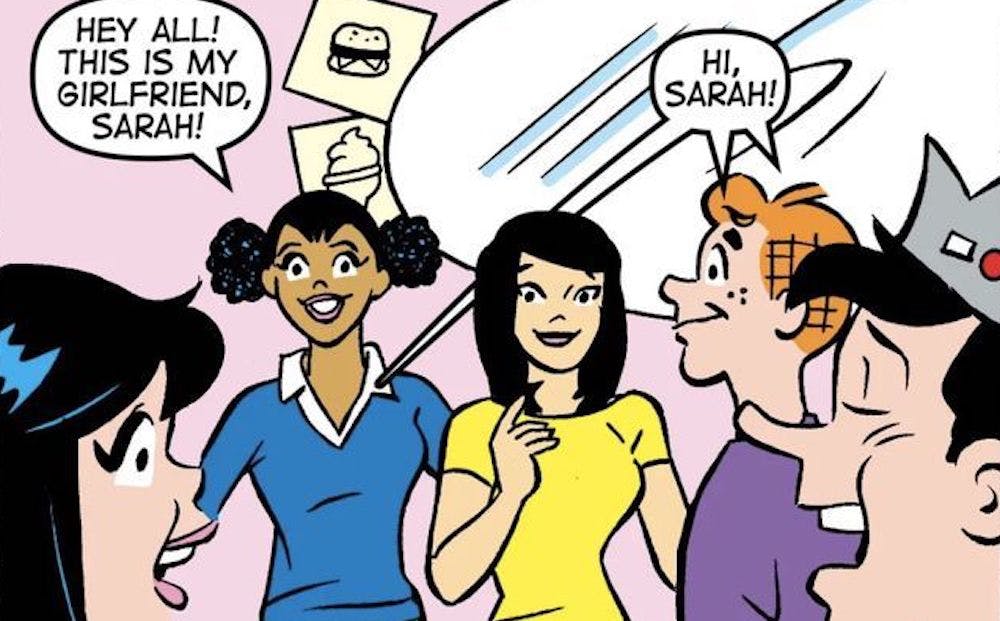 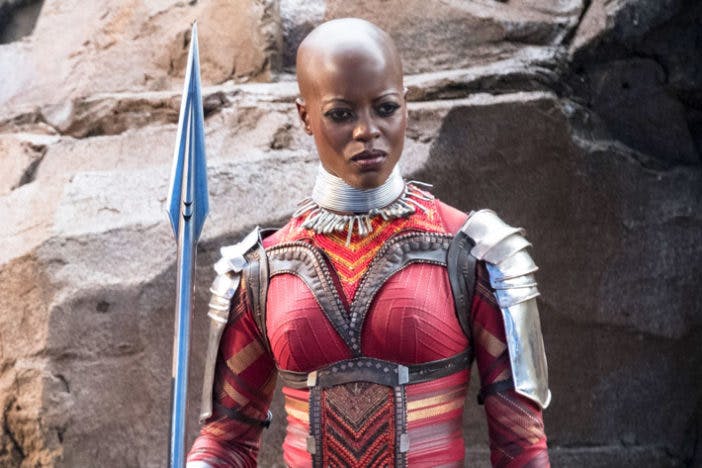 Hollywood is celebrating the remarkable breakthrough box office performance of Marvel’s Black Panther, the first entry in the popular Marvel Cinematic Universe to feature a black…