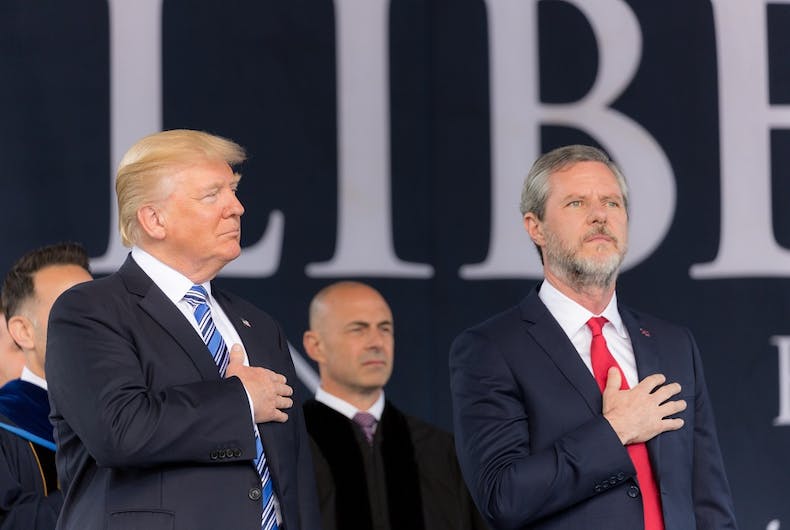 New government in the UK could be hostile to LGBT equality, Trump heaps praise on activists who say that homosexuality is “preventable,” and another attempt by the administration to roll back employment protections. President Donald J. Trump gave the commencement speech at Liberty University in Lynchburg, Virginia, on May 13, 2017. What follows is the transcript of a…

Cancel reply
What happened this week? Trump went to an anti-LGBT conference, and more